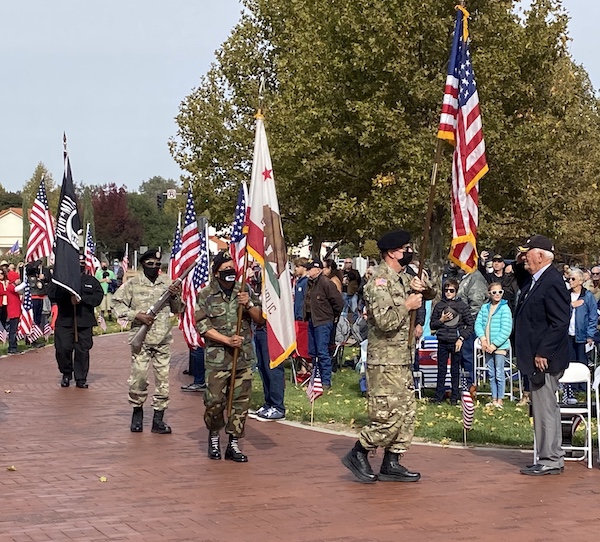 –Atascadero’s Faces of Freedom Veterans’ Memorial hosted a Veterans Day Ceremony Wednesday. About 350 people turned out for the annual event at the memorial on Morro Road.

Former Atascadero Police Chief John Couch was the guest speaker. Before a 31-year career in law enforcement, Couch served In Vietnam as a helicopter door gunner. He spoke to the crowd about his experiences in Vietnam. He also talked about his son’s deployment and how his son’s service in a combat zone affected him as a father. 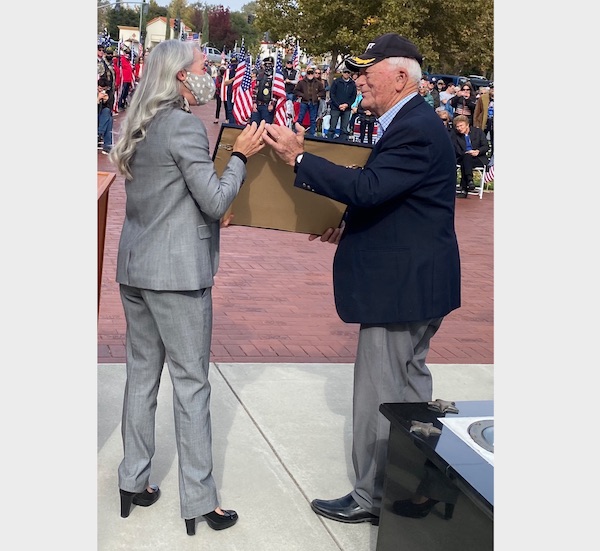 SLO County Clerk-Recorder Tommy Gong and his sons, Derek and Darin, played a trumpet tribute. At the conclusion of the ceremony, they played a three-part rendition of Taps.

Sabrinia Sakaguchi and Davey Robichaux of VFW Auxiliary Post 2814 Atascadero placed a memorial wreath at the base of the Faces of Freedom statue to honor all veterans.

Although there were no bagpipe band or quilts of valor, the speakers gave compelling talks about their experiences and the crowd received it enthusiastically.