Paso Robles News|Saturday, November 26, 2022
You are here: Home » Business » SERVPRO, Santa Maria, Water Damage Specialists, Report ‘What To Do When A Skunk Gets Under The House’

SERVPRO, Santa Maria, Water Damage Specialists, Report ‘What To Do When A Skunk Gets Under The House’ 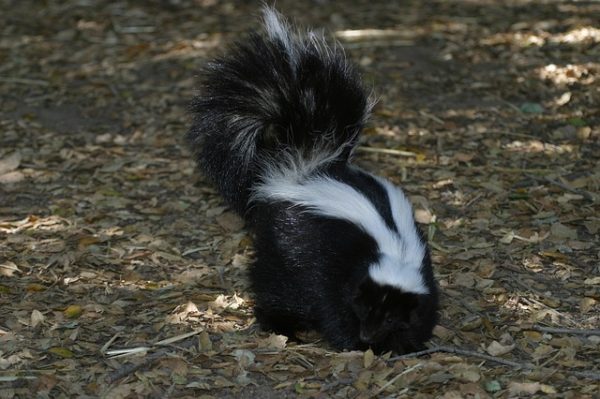 Skunks, like a lot of wildlife, have adapted to civilization and can be seen wandering through neighborhoods, usually at night. They are usually not a problem unless one becomes trapped under the house then “the smell can get into everything else in the house,” said Mark Powers, owner of the SERVRPO Santa Maria water damage company.

Most of the time, unless the family dog gets involved, skunks come and go with only a slight trace of their aromatic presence. A skunk living on the property, especially under the house, can leave an odor that just does not go away. A skunk that gets under the house and sprays is most likely going to create an odor that seems to invade everything in the house.

The good news, if there is any, is that once sprayed, it can take up to a week for the skunk to replenish its spray. But that doesn’t always mean there are no concerns for another week. Male skunks, spray during the mating season from February to March. Apparently, the guy skunks think the spray discourages other males while attracting females? Then, the female has four to six kits that stay with her for up to 8 months, reportedly spraying each other just for fun. So, there are a lot of reasons a skunk can stink up the property and contents of the house.

So, how to get the skunk smell out of the house? Tomato juice is pretty much a myth, plus no one wants tomato juice on the carpet on purpose. Powers, the Santa Maria water damage expert with SERVPRO, said, “Getting the smell off the dog is one thing, completely deodorizing the contents of a house requires a completely different approach.”

SERVPRO specialists get the house smelling a fresh as new again. First, the company helps start a homeowner’s insurance claim and helps monitor that claim through the entire process. The entire deodorizing process includes:

Upon discovering a skunk or a family of skunks has invaded the property, SERVPRO recommends the following steps: