Paso Robles News|Thursday, May 19, 2022
You are here: Home » Business » SESLOC President and CEO named ‘Advocate of the Year’

SESLOC President and CEO named ‘Advocate of the Year’ 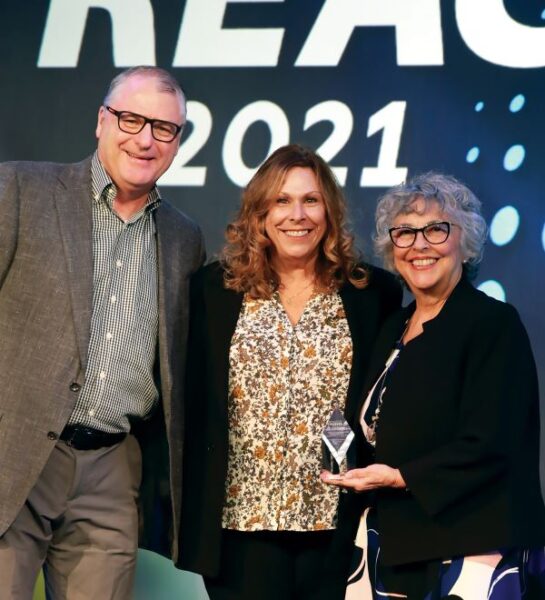 – SESLOC President and CEO, Geri LaChance, was selected by the California and Nevada Credit Union League as the 2021 California Advocate of the Year. Each year, the league honors credit unions, individuals and organizations that display extraordinary leadership in advocacy and political action. SESLOC serves those who live, work or attend school in San Luis Obispo and Northern Santa Barbara Counties. Their location in Paso Robles is at 705 Golden Hill Road.

The California and Nevada Credit Union League honors leaders for devoting their time and resources to advocating on behalf of their credit union’s members. LaChance was recognized for her service to the credit union movement and its members in early November. LaChance was celebrated as “a strong political advocate and grassroots supporter and was honored for her involvement with legislators.”

Most recently, LaChance called on SESLOC members to act regarding the IRS Reporting Proposal which would have required financial service providers to report gross cash flows greater than $600 on all of their accountholders. SESLOC members and employees submitted the most letters of opposition in all of California. The measure was removed from the Infrastructure bill, avoiding increased burden on financial institutions and consumers nationwide.

“We are extremely proud of Ms. LaChance’s leadership and advocacy for all consumers,” said Kelli Briggs, senior vice president and chief operations officer. “This recognition and endorsement underscores what we at SESLOC have always known about Geri. That her consistent advocacy benefits our members and our community in extraordinary ways. Her experience, commitment and character make her a distinguished leader at both SESLOC and in our community.”

LaChance has served as President and CEO of SESLOC since 2011. Today, the credit union has grown to more than one billion in assets. SESLOC remains the largest locally headquartered financial institution.

In the credit union community, LaChance serves as a board member of the California Credit Union League and on the League’s Political Action Committee. She serves on the executive committee for the Credit Unions for Kids Wine Auction benefitting Children’s Miracle Network, and previously served on the League Audit Committee.