Seven arrested for home robbery after posing as police officers

Victims were held at gunpoint 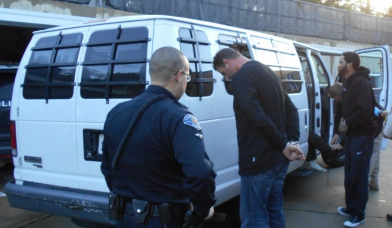 –On Feb 11 at 2:30 a.m. Atascadero Police Officers were dispatched to a home invasion robbery in the 8400 block of San Gregorio. Officers, on scene within minutes, located two vehicles leaving the area.

Officers conducted two felony vehicle stops simultaneously and were able to take 7 suspects into custody. The preliminary investigation revealed that seven suspects entered the victim’s residence and identified themselves as law enforcement officers.

The suspects held the victims at gunpoint while they forcefully restrained them. The suspects stole a large amount of cash and other property. One of the victims was able to free himself from the restraints and call 911.

The suspects were transported to the San Luis Obispo County Jail with the assistance of the Atascadero State Hospital Police Department where they were booked for: 212.5 PC, Robbery. The suspects specifically targeted the residence. The investigation is ongoing and additional charges are pending.