Sharon Ross celebrated as Roblan of the Year

Editor’s note: Hundreds of locals attended the Paso Robles Chamber of Commerce’s Annual Dinner Saturday night at the Paso Robles Inn to celebrate Roblan of the Year, Sharon Ross. The Chamber also awarded The 2015 Beautification Award to Allegretto Vineyard Resort, the first of its kind in Paso Robles wine country. Ambassador of the Year award was given to Shanay Brown of Mari Landscaping, Inc. Below is the story of Sharon Ross, published with permission from the Paso Robles Magazine: 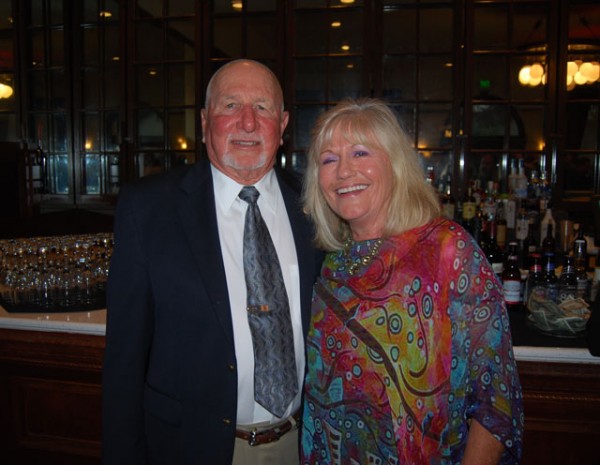 Roblan of the Year Sharon Ross with her husband Stu. Photos by Scott Brennan.

–Sharon Nealon Ross was born in Dunsmuir, California. Through the years, she lived in many places, worked for various companies. Once she married Stu Ross in 1991 and moved to Paso, a life of volunteering for her community began.

Sharon and Wanda Mumford became close friends in the early days of Sharon’s service to the Paso Robles Chamber of Commerce. Wanda recalls, “I have many years of wonderful Sharon stories. The one thing that always amazed me is how Sharon became a Paso person from day one. Sometimes when we’d talk, she’d remind me that she wasn’t born here. But Sharon is Paso with her heart and soul. She is old Paso and new Paso embracing us as if she’d lived here her whole life.”

Sharon recently retired after 37 years in the finance and mortgage industry; locally with United Savings Bank, Washington Mutual and Central Coast Mortgage Consultants. While working for United Savings Bank in the early 90’s, Sharon attended Chamber mixers. She met Leora Eide, who quickly got Sharon involved in the Mixer Committee. Sharon recalls, “Back then, the faxes came to me and I organized the whole thing. Manford Vanderlip and I would go to the mixer locations to make sure things would go smoothly. Manford was instrumental in helping me become a public speaker. Thanks to Manny, I’m not afraid to get up and speak in front of people. Those days were a lot of fun!” As chairperson of the Recognition Committee, she coordinates the candidates for Roblan of the Month and Year, Beautification of the Month and Year, and now also Business of the Month.

Sharon’s more formal responsibilities with the Paso Chamber of Commerce began in 1994; serving on the Board of Directors from 2000 to 2003 and 2009 to 2012. Sharon was on the first committee for the Business Expo; an event based on giving small businesses and companies without a storefront an opportunity to reach Chamber members and the community. Fond memories remain from Sharon’s role as Chairperson for the Annual Dinner for 10 years. She adds, “With Wanda on the committee and her talents and creative flair for decorating, we had so much fun! Judie Holsted was also so helpful.” Planning big gala fundraising events was perfect for Sharon! She helped with fundraising for the new city library through Mid-Summer Magic for over 5 years with Barbara Partridge, Leora Eide, Angela Mitchell, Mary Barth and Wanda Mumford and others. Angela adds, “It’s been a pleasure to work with Sharon for over 22 years. She’s a stellar choice for Roblan of the Year! She’s always willing to pitch in and help with a smile and positive attitude!”

In 1998, she joined Paso Robles Sunrise Rotary. Staying active through the years and serving as President from 2004 to 2005. She’s volunteered for the popular Crab Feed for 15 years as “head chef ” even after transferring to noontime Rotary Club in 2007. “They want me back again this year! I just love it. The sauce for the crab feed is from my grandmother Maria. I called her Nonna. She used to feed the high school football team. Her recipe feeds 125, so I just double it!”

Sharon’s role with Paso Robles Rotary Club includes a member of the annual golf tournament, the “4 way Essay Contest,” Rotary’s 90th birthday celebration, Health Day and a bell ringer for the Salvation Army. The most prestigious honors include being named a “Paul Harris Fellow” three times and Rotarian of the Year in 2014. Among Sharon’s proudest achievements is working with her committee on the Winemakers Cookoff; raising over $300,000 during her 6 years as Chairman. Those funds benefit the Harlow Ford Foundation that provides scholarships for PRHS seniors.

Sharon was a member of the Exchange Club and President from 1996 to 1997 and associated with Golf for a Cure, Mission San Miguel Golf Tourney, St. Rose BBQ, a judge for the Main Street Christmas Light Parade for 7 years, the Wine Festival for 10 years, a few Harvest Festivals and many “Afternoons at the Ranch” for Hospice SLO. Sharon was an active Affiliate member of the Paso Robles Association of Realtors; awarded with Affiliate of the Year in 2004 and 2008.

Sharon’s first Pioneer Day meeting in 1991 is one to remember. She recalls, “Stu said, ‘Come on! We’re going to a Pioneer Day committee meeting.’ I said OK. So everyone stood up to say what their job was. I stood up and said, ‘I’m Sharon Ross and my job is to be Stu’s wife.’ The committee was elated saying, “We’ve got the perfect job for you! You’re in charge of badges!” She handled the Smooth Puss badges for over 5 years, served on the Board of Directors for four years in the mid- 90s. She still volunteers on the Pioneer Day parade route monitoring “crowd control” so… as she says, “obnoxious people don’t run out in front of the floats” while being close to Kathleen Reneau who is a parade announcer near the Bank of America!

After being at the helm for so many years for so many organizations, Sharon is enjoying retirement while staying involved in these organizations. She adds, “I’ve found that over the years of working on the same event, new ideas, new thoughts and people are needed. Our chamber is doing a great job in becoming relevant to the times. I’m glad that we have quality growth, especially in the hospitality industry and the influx of new young executives and business people.

“I like to help people, stay active, and meet people. I can’t sit still. But I have learned a little bit in retirement…to sit still…but not really. I like to see and do things that make people happy and the things I get involved with make people happy. It’s fun to get a lot of people together and see the finished project. And where else can you volunteer and drink wine!”

And then, there are the friendships and memories that will last a lifetime. “I must mention two special people – Virginia Peterson and Dolly Bader. They were always there cheering me on; especially with planning the mixers, the Roblans of the Month and Roblans of the Year.” Wanda Mumford recalls, “Sharon and I met when I delivered roses on her 40th birthday. We always laugh about it because her dog Checkers bit my pant leg. Who would have known that I’d fall in love with Checkers and that Sharon and I would be friends; becoming close due to the Chamber. We knew that if one of us did something, the other ‘was all in!’ She represents the heart of a Paso volunteer. I’m so proud to call her my friend.”

Smiling, she says, “I’m pretty excited. First of all, they had to ‘kick me off the committee’ because I usually chair the Roblan of the Year committee. Stuart turned my name in and I was told ‘just don’t ask questions. Then I got the call a few days before Christmas. It was fun. My lifelong girlfriend of 64 years, Vikki Wheeler will attend. Our grandparents lived on the same street and our mothers grew up together.”

My dad always said, “If you smile, people will smile back. By the same token, if you smile and ask people to help you, they will engage and they will help you.” Stu and Sharon will be celebrating their 25th wedding anniversary this year. Retirement and Roblan of the Year honors bring great joy to the Ross family and our community. Thank you for your smile Sharon. Your dad would have been so proud. 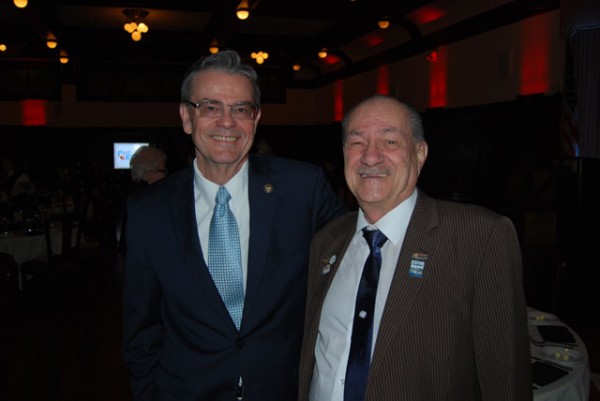 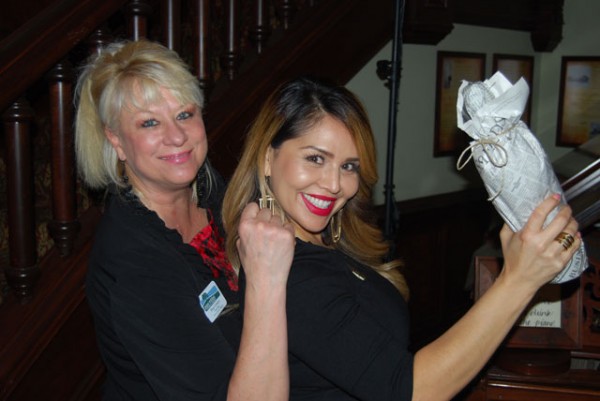