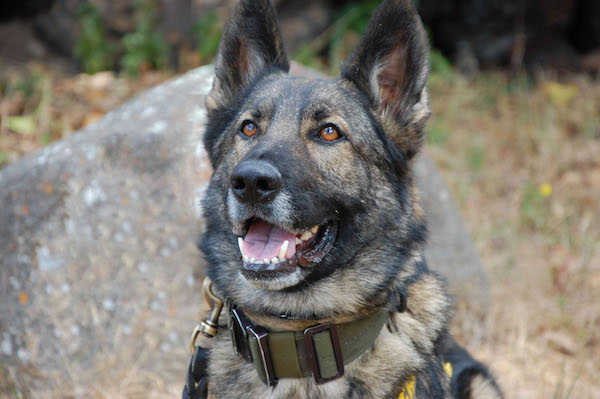 –The San Luis Obispo County Sheriff’s Office recently announced its newest K9 “Corvin” has recently completed the certification process to detect explosive materials. This is a first for the sheriff’s office to have a K9 with that capability.

Corvin is a two-year-old German Shepherd who came to the sheriff’s office in February from an animal shelter in the Santa Ynez Valley. He is cross-trained in explosives detection as well as apprehension. Corvin has been described has having a calm demeanor until he goes to work and then he’s all business. Yet, when he is off-duty and has presentations at local schools, he loves all the attention he receives from children. 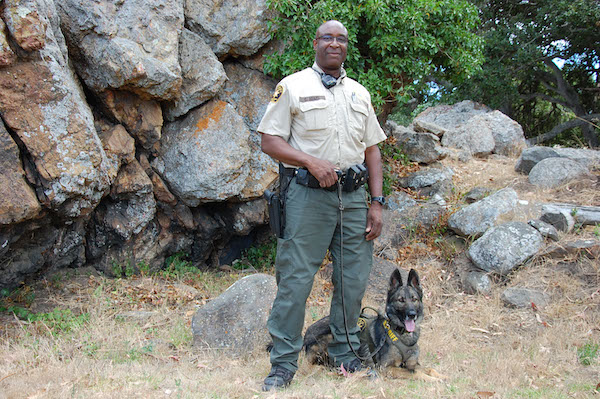 Just last week, K9 Corvin and Deputy Adams investigated a suspicious device in Avila Beach. A housekeeper discovered what appeared to be an explosive device in a motel room. Deputy Adams and Corvin arrived at the scene and quickly determined it was not an explosive device but rather a battery pack which had been discarded. The incident provided good training for the two, something they do on a daily basis at work and at home.

Deputy Adams and K9 Corvin are based out of our South Station in Oceano.