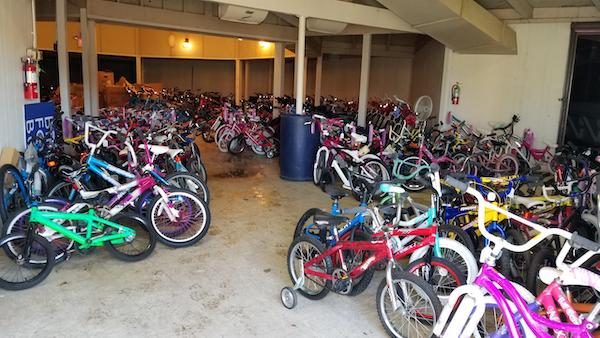 During this year’s Sheriff’s Office Honor Farm Bicycle Giveaway, Correctional Deputy Proett who works with the Bicycle Program, recognized that there were going to be extra bicycles available. He requested that the remaining bicycles leftover be donated to the victims of the Butte County’s Camp Fire. The Sheriff’s Office saw this as an opportunity to give back to Butte County after the devastating destruction done by the fire.

Correctional Sergeant Andrews and Correctional Deputy Martin delivered the bicycles on behalf of the Sheriff’s Office. “We are deeply saddened by the loss of life and property in Butte County from the Camp Fire. Our hope is that this donation of bicycles brings some joy to families who lost their homes and possessions” said Sheriff Ian Parkinson.