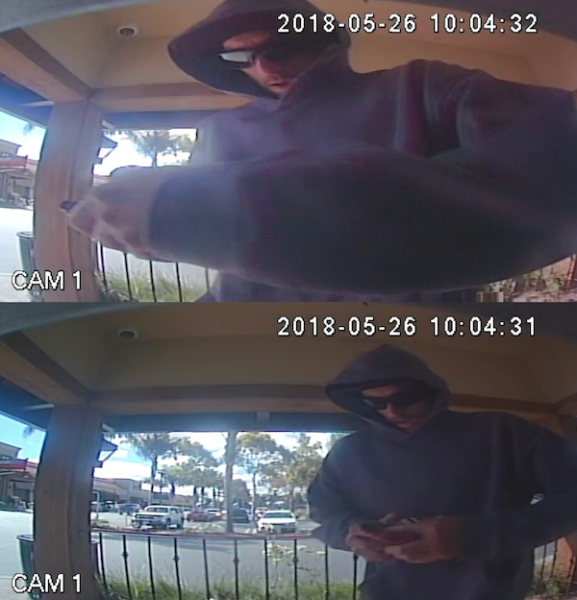 –The Sheriff’s Office is asking for the public’s assistance in identifying a suspect believed to have burglarized six vehicles on May 26 at a parking area on TV Tower Road in San Luis Obispo.

The burglaries were reported to have happened between 9:30-11:30 a.m. The suspect broke car windows and stole property including wallets, riding equipment, and jewelry.

The Sheriff’s Office urges residents to take preventative steps to avoid becoming a victim of vehicle burglary. It is important to be mindful of what is left in vehicles, and avoid leaving valuables visible. It is recommended that you lock doors and windows, park in a well-lit area, and if your vehicle has an alarm be sure to activate it.