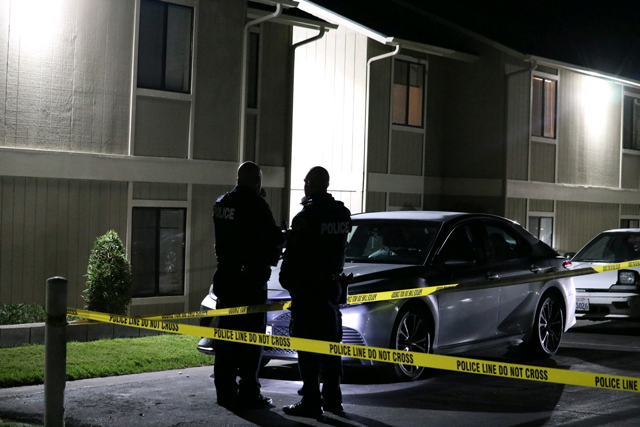 The Paso Robles Police issued a statement on Tuesday morning regarding a Monday night shooting in Paso Robles:

Last night, around 8:15 p.m., officers responded to a shooting at the Dry Creek Apartments. While on scene, officers learned a shooting victim had already been transported to a local hospital with a single gunshot wound in the arm and torso (non-life-threatening). Officers interviewed the victim who provided little information.

“The best information we have at this point is, the victim was likely shot while seated in a gold Cadillac, traveling on Alamo Creek, within the complex,” police say. The Cadillac has been located and is in police custody.

This is an ongoing investigation and anyone with information about this case is encouraged to call Detective Lickness at (805) 227-7450. Persons wishing to remain anonymous are encouraged to call Crime Stoppers’ 24-hour hotline at 549-STOP or by texting “SLOTIPS” plus your message” to CRIMES (274637).

Neighbors in the area reported shots were fired before 9 p.m. Police detectives are on the scene and have areas of an apartment building roped off with yellow caution tape.

Police radio traffic indicated a shooting victim was reported as arriving at Twin Cities Hospital. It is unknown at this time if the incidents are connected.

A stabbing was reported in Barney Schwartz Park shortly before this incident. It is unknown if the incidents are related. 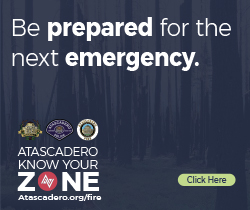