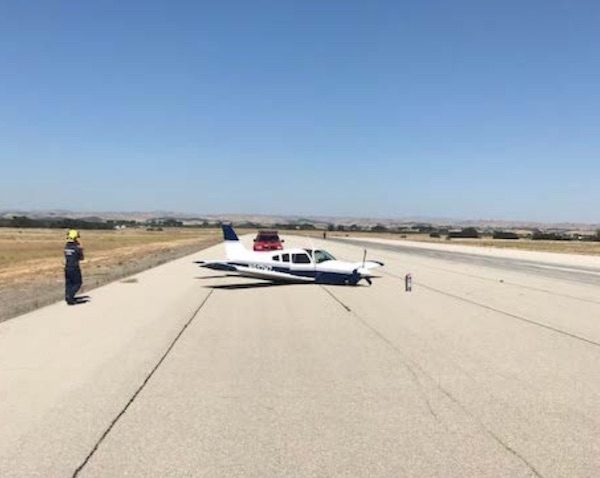 –On Friday, Aug. 30, at approximately 1:47 p.m. the Paso Robles Department of Emergency Services responded to a report of a single engine Piper aircraft that had landed with its landing gear retracted on main runway at the Paso Robles Airport.

First arriving firefighters found the aircraft on the runway with the single occupant out of the aircraft with no reported injuries. The main runway was closed for approximately one hour while crews worked to remove the aircraft.

One engine from Paso Robles responded along with one Cal Fire unit and the city’s airport manager. The cause of the accident was unknown at the time of this report.