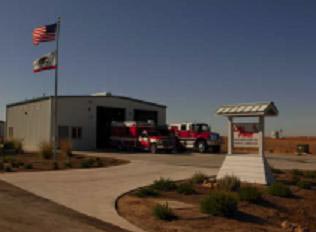 No injuries or deaths reported, building a ‘complete loss’

A single-family house fire was reported on Tracy Avenue in the California Valley area on Monday morning. Firefighters from the Carrizo Plains Fire Station responded to the fire. No injuries or deaths were reported, but according to Fire Chief Scott Gomes, the 100-year-old structure was a, “complete loss.”

One adult and two children were affected by the fire. The Red Cross provided assistance including food, clothing, and shoes. The victims will stay with family members, according to the incident report.

The cause of the fire was undetermined, according to Gomes.