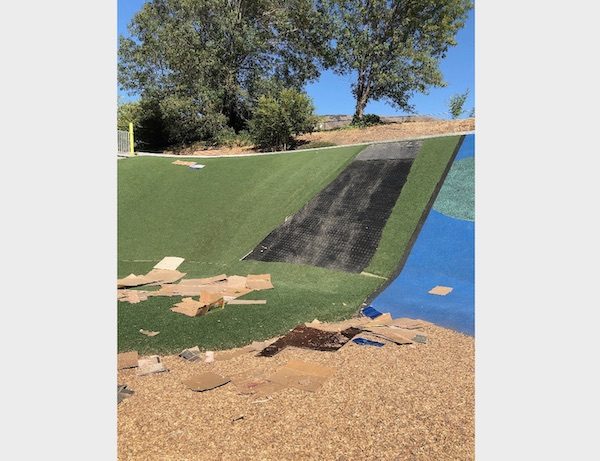 —The City of San Luis Obispo is investigating vandalism to the playground at Sinsheimer Park. Sometime during the overnight hours on Monday, October 7, someone cut out and stole a large portion of the synthetic turf on the slide hill at Sinsheimer park playground, according to the city.

The city has reviewed surveillance video from that night, however, there are no known suspects at this time. The city asks that anyone who has information into who’s responsible for the vandalism to contact the San Luis Obispo Police Department’s non-emergency line at (805) 781-7312.

Costs to replace the turf is estimated at close to $10,000. The city is expecting that the repairs will be completed in two weeks.