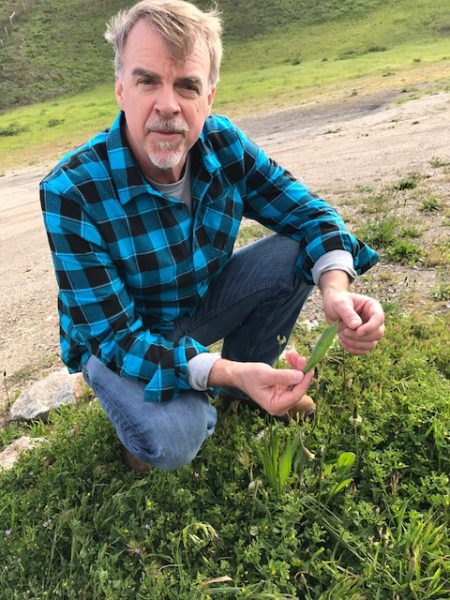 –Eric Olson knows a great deal about the wild side of Paso Robles. So when the executive chef of Cello restaurant at Alegretto Vineyard Resort offered to guide us on a food foraging excursion, I wondered how much of an extreme adventure we were getting into. It turned out this was a tame and civilized version as we rode along Highway 46 in Olson’s fancy truck.

Which doesn’t mean the chef isn’t a storehouse of knowledge on how to survive in the wilderness.

“Farm to table is so yesterday — foraging brings you wilderness to table,” Oslon exclaimed. The chef conducts his foraging outings twice monthly. “It’s seasonal,” noted Olson on a dry but chilly morning when we met in the hotel’s lobby ready to embark on our adventure.

“When it rains it makes it nice,” Olson said of our recent wet season. The downpour along Central Coast has created a riot of wild flowers and plants. And Olson is just the person to teach one on what’s edible and what’s not.

Alegretto’s property itself is abundant with wild life including a beehive.

“With foraging you want to look for high ground and survey from the top,” advised Olson. On this property the high ground is the top of the hotel from where Olson gets the lay of the land. “We see wild radishes, dandelion and plantain.” Most of which makes its way to the kitchen at Cello. One bit of advice from the chef though: “Never over-forage to keep it sustainable.” 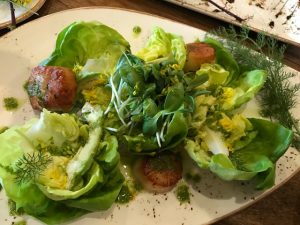 Scallop salad with chimichuri sauce made from wild plantain leaves.

“Specially when you overindulge in wine tasting,” Olson added.

For Olson, foraging trips are more than educational. “It’s natural, healing, super organic and sustainable,” said the chef who grew up on a ranch in Los Altos. His family manufactured elixirs and tonics from natural herbs. Later his foraging skills took on greater urgency when he was in the Marine Corps in Panama learning survival skills.

Olson’s global food training has taken him from the Culinary Institute of America in Hyde Park and Napa Valley to Le Cordon Bleu in Paris, the Gritti Palace Cooking School in Venice and Sushi School in Tokyo.

His love for the wild side led Olson to launch a food truck and restaurant called Centrally Grown in Cambria in 2008. His team would stop by roadsides and forage for edibles like mushrooms and nettles that would be used in items such as flatbreads.

“Nettles are high in protein,” remarked the chef. 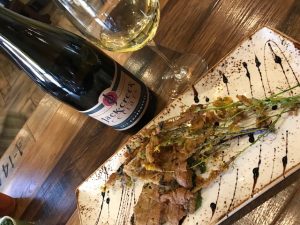 Who knew Paso’s Highway 46 West was lined with a mother lode of edibles along side wine tasting rooms? Near Summerwood Inn, Olson points out willow trees. “The twigs make good skewers for marshmallow toasting and the bark is a natural aspirin.”

The oak tree near Donati Family Vineyard produces the best acorns. “They are large and low in tannins,” the chef noted. Further up near Jack Creek Farm we see a large elderberry tree with a spread of (poisonous) hemlock at its base. “It’s both life and death along Jack Creek,” cautioned Olson.

As our journey stops and starts along 46 West, Olson offers useful information: pine tree needles are loaded with vitamin C and antioxidants and can be used in tea or lemonade; dried ground up manzanita leaves blended with sugar and pepper corns add a sweet and spicy flavor to food; bundled up dry fennel stocks are flavorful in BBQs; and mugwort under a pillow conjures up lucid dreams.

“The hippies smoked it with marijuana,” Olson mused. 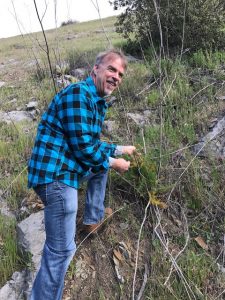 Wild fennel pollen is delicious on seared halibut or sprinkled on a gin martini. It has a grassy and intense wild flavor. “It’s like the caviar of the organic crowd,” Olson noted. As for mistletoe, Oslon explained that while it’s not tasty to eat, it is an edible green for survival. “If you were snowbound, mistletoe will give you energy,” Olson advised.

Further up the grade there are stands of pine, bay and toyon trees. The red berries of toyon were used as dye and also made into wine by Native Americans. “They are astringent when raw, but we prepare them as rock candy,” said Olson.

We pull up alongside spots on the highway to pick wild mustard and fennel and plantain roots. At another spot Olson digs for cattail root, which he assures will taste good pickled.

Back at the hotel with our baskets filled with wild bounty, Olson gets to work in the kitchen while we pop into Alegretto’s newly opened wine tasting room. We savored Alegretto’s aromatic 2014 viognier followed by an intense 2013 tannat, a peppery spicy 2013 zinfandel and an opulent 2010 cabernet sauvignon. 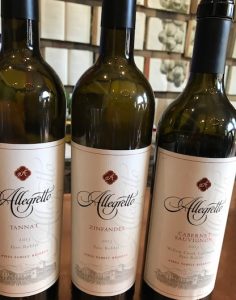 It was a refreshing culinary experience to see Olson’s magical touch in transforming wild mustard flowers and leaves into a tasty tempura batter-fried appetizer while the plantains were whipped into a flavorful chimichuri served with a scallop salad. Since our foraging was around the Jack Creek enclave of Paso, Olson selected a 2015 Jack Creek Cellars chardonnay to match the terroir. We finished with an Asian style kale, Portobello and noodle salad served alongside risotto and asparagus dish.

In addition to the foraging trips, Olson conducts Flavor Balancing sessions that focus on pairing wine with the diner. Guests engage in a hands-on exercise of balancing the five primary tastes of sweet, salty, sour, bitter and umami.

“When you flavor balance you avoid the negative adaptations and accentuate the positive one,” commented the chef.