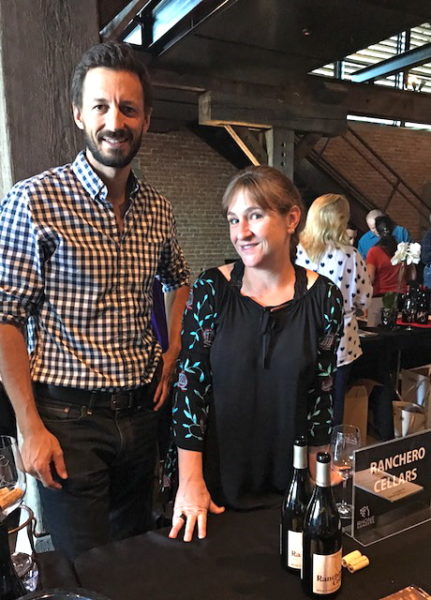 -The varietal night series program presented by Rhône Rangers of Paso Robles has become a popular event with local wine lovers as was evident recently with two tastings spotlighting the popular Rhône varieties of grenache and mourvedre.

The concept of creating this series was to introduce the many facets of Rhône variety grapes grown in Paso Robles. There are 14 Rhône varieties planted in Paso, according to Jason Haas, co-partner and general manager of Tablas Creek Vineyard. Besides the popular syrah, grenache, mourvedre, marsanne, roussanne and viognier, there are such obscure grapes as terret noir, picpoul, picardan, counois and cinsaut. Add to this two more – bourboulenc and vaccarese that are planted (but not yet in production) by Tablas Creek, Paso’s Rhône pioneers.

Each varietal series event showcases a specific Rhône variety grape. “So the consumers can come and taste the different styles of the same variety,” said winemaker Amy Butler of Ranchero Cellars. Not only does this experience introduce attendees to try the varied styles of Paso winemakers but also different expressions of the grape from Paso’s 13 appellations from eastside to westside. 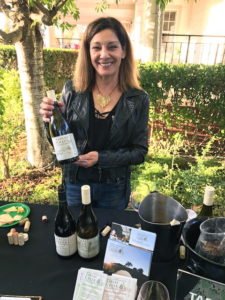 At Summerwood’s grenache-themed tasting some 20 fellow Rangers gathered to pour delicious variations of this grape (both noir and blanc). I noticed that not all the wines were 100 percent grenache. There were a few GSM blends (grenache, syrah and mourvedre), and this being Paso, a bit of zinfandel sneaked in with grenache, syrah and petire sirah in the 2014 blend of Editor from Guyomar Wines Cellars.

Grenache is a lighter ruby-hued wine, but there were several wines with a deep inky color like the one I tasted from Alta Colina. Its 2013 GSM blend lacked little in color and tannin. Le Cuvier’s 2014 grenache was another ruby bright, vibrant and zaftig wine, which according to founder John Munch’s wine notes, is “like a teeny bopper with a crimson pomegranate bob twirling and dancing in sequin bedazzled hi-tops.” The wine held up to its description.

Seven Oxen’s 2014 grenache from its westside vineyard showed elegance and finesses, as did 2015 estate grown grenache from Vines on the Marycrest, produced from its dry-farmed westside vineyard. “We have one of the highest concentration of limestone on our property,” commented owner/winemaker Victor Abascal. “Limestone adds finesse and gives a long finish.”

“Grenache is a pretty straight forward varietal,” said Tablas Creek Vineyard’s Evelyne Fodor. It gathers complexity when blended with other varietals such as mourvedre, syrah and tannat, she added. 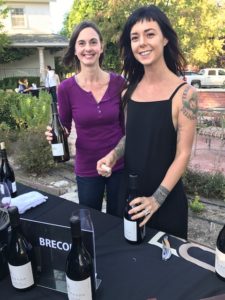 Expressing spicy notes and layers of depth, the 2015 Cotes de Tablas is made in the traditional Southern Rhône style blend of grenache, syrah, counoise and mourvedre. “It’s a harmonious wine and good with a simple meal like roast chicken with herbs de Provence and little roasted potatoes,” she suggested.

There were some refreshing granche blanc bottlings from Summerwood, Tablas Creek Vineyard and Adelaida Vineyard and Winery and a rose-scented Rosé from Anglim.

Following the varietal night bandwagon, the mourvedre-themed tasting was held at Epoch’s stunning estate in the tucked away York Mountain region. Among the 22 participants, there were several mourvedre-driven blends, from wineries such as Sculpterra, Kukkula, Brecon, Caliza, Seven Oxen, Tablas Creek and Alta Colina.

The 100-percent mourvedre wines were offered by Clautiere, Anglim, Summerwood, Lone Madrone, Adelaida, Cass, Epoch and Ventoux where I noticed a wine called Raucous, which turned about to be an obscure blend of grenache, cabernet sauvignon and pinot noir. This is Paso after all, and winemakers are nothing but adventurous! 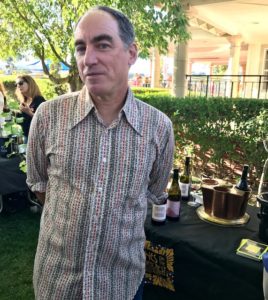 Victor Abascal, owner/winemaker of Vines on the Marycrest

Originally from Spain, mourvedre is a popular grape of France’s Provence and southern Rhône regions. Its popularity grew in California in the 2000s, yet a mere 650 acres of this variety are planted in the state.

So what’s the profile of Paso mourvedre, I asked Ted Plemmons of Cass Winery. “It’s earthy with white pepper,” he replied, pouring a splash of the 2015 Cass 100 percent mourvedre from Paso’s eastern Geneseo region. The wine Plemmons called “vineyard in a glass” was redolent with spice and red fruits. ”It’s made for food,” he affirmed.

Conversely, Glenn Mitton of Adelaida Vineyard and Winery described the 2014 Adeilada mourvedre as silky, sexy and velvety. From the westside’s Adelaida district, the wine showed spicy and savory notes as well as hints of chocolate and blue fruits. I also savored an obscure red, Adelaida’s 2012 cinsaut. “It’s the pinot of Rhône Valley,” declared Mitton of the light red, peppery wine with a smooth finish. A mere 322 cases of cinsaut are produced from the two acres planted on Anna’s vineyard.

There are not many Paso producers making 100 percent carignan, commonly used as a blending grape. But leave it to winemaker Amy Butler, whom I call the queen of carignan, to make a memorable wine. She offered the 2013 Ranchero Cellars carignan that truly evokes the garrigue of Paso — heady notes of dry sage brush, wild fennel and rosemary combined with lush plum and bright cherry and balanced acidity.

While all the wines showed exceptional qualities of mourvedre crafted in different styles and from various regions, Epoch’s 2014 Creativity was a standout. The 100-percent mourvedre produced from Paderewski vineyard atop a limestone hill in Willow Creek district was a symphony of lavender perfume and earthiness singing with lush cherry and plum notes. A brilliant rosé was served alongside the red wine, the salmon-hued 2015 blend of mourvedre, grenache, syrah evoked the essence of St. Tropez and the beaches of southern France.

Championed by Haas, the Paso Robles chapter of Rhone Rangers was established in 2007 with 30 members now grown to 50. Upcoming events include spotlighting red Rhône blends at ONX winery on Nov. 7 and the holiday dinner at Tooth & Nail winery on Dec. 5 featuring Library and Reserve wines.