Sip and Savor: The Winemakers of Paso Robles book makes its debut 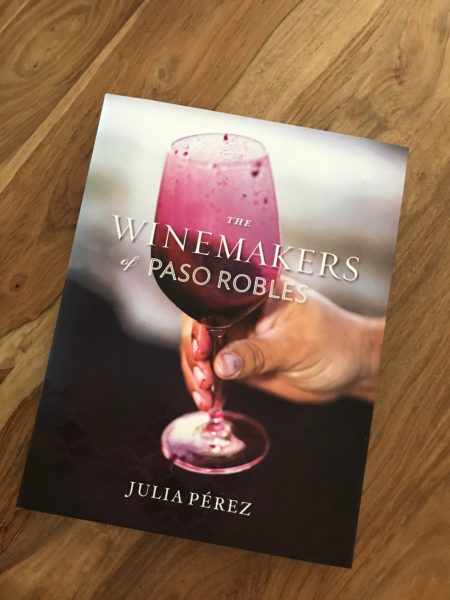 53 winemakers featured in the large-format tome

-There’s something compelling about Paso Robles: once you get a taste of the region, you’re hooked.

As I was when I first discovered Paso in 2004 and penned my book, California’s Central Coast, The Ultimate Winery Guide: From Santa Barbara to Paso Robles (published in 2007 by Chronicle). Subsequently, my husband and I relocated here from Los Angeles.

Julia Pérez got bitten by the same bug.

The noted Argentinian photographer and her vintner husband David Garrett learned about Paso from her fellow Argentinian, Santiago Achaval (winemaker for The Farm Winery in Paso Robles). It wasn’t long before the husband-and-wife team embarked on a project in 2016 that has resulted in the gorgeous coffee table book, The Winemakers of Paso Robles, published by Garrett. And yes, the Garrett/Pérez family has now moved to Paso from Southern California.

Lensed by Pérez and written by Paul Hodgins, the book takes you beyond the cellar door and deep into the craft of winemaking. It’s not so much about vineyards, wine tastings or ratings as it is about the winemakers themselves and their passion for the industry. 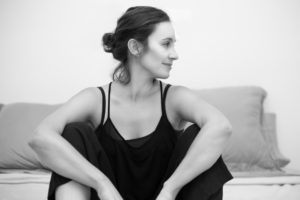 Weighing in at nine pounds, and encased in a rich red-hued custom linen slipcase, the large format photography book will make its debut with a Special Edition release on July 16 at Studios on the Park. The afternoon soirée, to benefit Must! Charities, will be attended by many of the local winemakers featured in the book. (Full disclosure: I am honored to be associated with the team as the book’s curator).

Over a glass of Argentinian malbec at their new east-side home in Paso, Pérez and Garrett recalled when they first visited Paso during the 2016 Zinfandel Festival. “I found winemakers here to be very approachable,” said Pérez. Garrett, on the other hand, was impressed by the wines. “I was surprised by the quality of wine,” he said, adding that he was not aware of the wine region while working and living in Europe and Hong Kong.

With a keen eye, Pérez, a former travel photographer, captures the spirit of Paso’s winemakers. “I see winemakers as artists,” she remarked. ”It’s not just passion, it’s how they combine their techniques.” The book is filled with images and stories of winemakers and the sacrifices they’ve made for their love of this industry.

And they are all different, each one with his or her own individuality, Pérez noted. Some winemakers such as Justin Smith of Saxum focuses on grapes in the vineyards while others tend to pay more attention when those grapes move inside the winery. 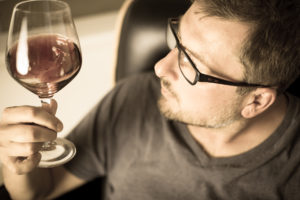 Of the whopping 30,000 total images shot by Pérez, some 350 made the final cut for the 328-page book. Pérez shot between 800-900 photos per winemaker/vintner, spending at least three sessions with each subject. Knowing how camera shy winemakers can be, her approach was to keep them in a comfort zone.

“I shot non-stop so at some point they would forget that I was there,” she noted, deliberately letting herself blend into the landscapes.

But this is not your typical wine region book with bucolic vineyardscapes and fancy tasting rooms. “This goes beyond the cellar door,” insisted Pérez who captured the gritty, raw and visceral images in laboratories, barrel rooms, vineyards and crush pads. The book she created is an homage to lip-stained winemakers with sunburnt hair.

“Their hands get destroyed by punch-downs,” noted Pérez. “One requirement was no dressing up by anyone and no makeup for women,” said the photographer. “I told them wear what you wear every day — just be yourself.”

These photo shoots that stretched through the 2016 vintage were not without its challenges. There was Paso’s scorching 105-degree summer weather, juggling schedules with the winemakers’ availability and last but not least the photographer’s assistant quit the day before the actual photography was to begin.

“I was carrying my portable studio to each winery, setting up with strobes, soft boxes, and umbrellas,” said the petite photographer. However, Garrett, also minding the couple’s two daughters, pitched in when available. “So I carried the stuff,” he smiled.

The 53 winemakers and vintners profiled in the book range from Paso’s pioneers and visionaries to the new band of winemakers ensconced in Tin City.