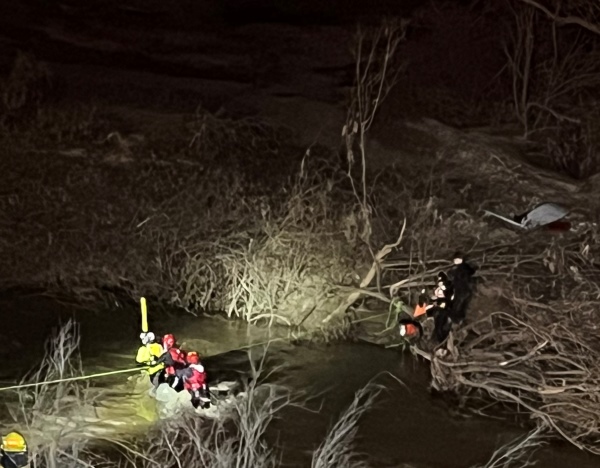 – Six people were rescued by urban search and rescue teams Friday from the flooded Salinas Riverbed east of Atascadero. The people were reportedly trapped on an island in the middle of the river.

Cal Fire said in a tweet that firefighters and urban search and rescue teams responded to the scene around 5:30 p.m. All six patients were rescued:

SWIFT WATER RESCUE:#RockyIC, firefighters and USAR teams at scene of 6 patients on an island in the middle of the Salinas River, off of Rocky Canyon Rd, East of Atascadero CA. #SloCountyFire #USAR #calfireslu pic.twitter.com/dLWh3eLAGT