SLO County court system carries on, albeit on limited basis 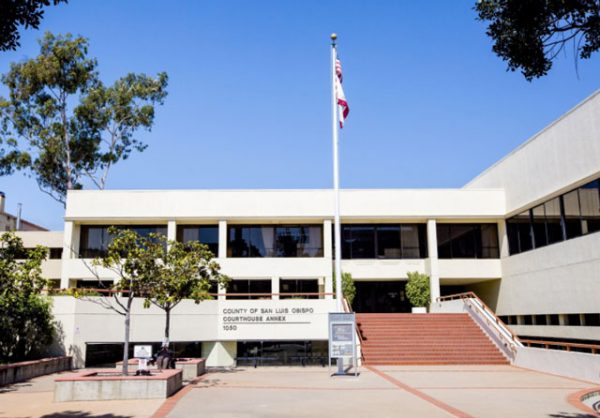 The courts are not closed, Dow said Friday. “They are indeed open, albeit on a limited basis.”

“For the past two weeks, we have had three criminal courts and one juvenile court open each day. My staff continues to file new criminal cases, appear in court, conduct evidentiary hearings such as felony preliminary hearings and motions.”

“Many, if not most, misdemeanor cases are continued without objection by either defense or prosecution for 60 days. An important exception is domestic violence or child abuse cases.” These cases continue to be heard in court, he said.

Felonies are still heard in court as well. “The California Supreme Court Chief Justice issued an order that allowed additional time to arraign a defendant, hold a jury trial, or conduct a preliminary hearing. The normal, non-emergency, rules require an arraignment in two court days for in-custody defendants. This is changed to seven calendar days during this emergency,” he said.

“A defendant has a right to have a misdemeanor jury trial within 30 days if in custody or 45 days if out of custody. This statutory requirement has been temporarily stayed for 60 days due to the Chief Justice’s emergency order. Felony defendants normally have a right to have a preliminary hearing within 10 court days, two calendar weeks. That rule has been relaxed to 15 court days, three calendar weeks.”

“It has changed what is happening to a large degree,” Dow says. “However, we are continuing to serve the community. While some attorneys and victim advocates are still appearing in court, others are telecommuting and working on their cases from home. Our staff of 110 individuals is firmly dedicated to our mission of protecting our community in a manner that is fair to both the victim and to the accused.”

“While the coronavirus impacted our justice partners by the infection of one public defender attorney, our staff remains committed to performing important public safety function to protect the community at this critical time of health emergency.”

“I am very proud of the hard work of our staff, including the members who have been assigned disaster service work such as feeding the homeless at shelters and distributing food in areas of the county,” he says.

The superior court building in Paso Robles is closed as the urgent business is being addressed in San Luis Obispo, he said.