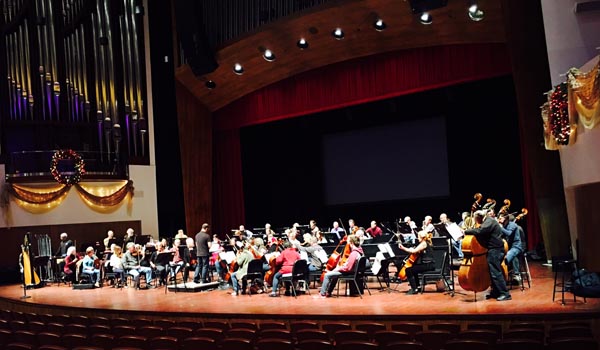 –Catherine Lansdowne, who has led the San Luis Obispo Symphony as Executive Director since April 2017, has been recruited to serve as Director of Development for the Houston Area Parkinson Society in Houston, Texas.

Catherine, who is excited to be living closer to family in Houston, says she is thrilled with the opportunity and ready for the challenge. The organization strives to improve the quality of life for those affected by Parkinson’s disease.

“We congratulate Catherine on her success, and thank her for her dedication and hard work,” says Mark Sherman, President of the Board of Directors for SLO Symphony. “She has made valuable contributions to the Symphony, and she will be missed.”

During her tenure as Executive Director, SLO Symphony has experienced a huge surge forward. There has been a resurgence in subscriptions for the Concerts in the Cohan series, and the popular Pops by the Sea event has returned to Avila Beach.

Catherine joined SLO Symphony during the search for a new music director, and led the effort that hired Maestro Andrew Sewell. Together they brought challenging and exciting new repertoire to the San Luis Obispo Symphony.

“The work Catherine has done in the past two and a half years has been exemplary,” says Andrew, who recently signed a three-year extension to his contract as Music Director, through June 2023. “I am very sorry to see her leave, as we were great partners, but I am pleased to continue working with the SLO Symphony. We have achieved some great success and I look forward to building on that success moving forward.”

The Symphony remains busy as ever, with the upcoming New Year’s Eve POPS concert, “A Night at the Oscars”, at the PAC on December 31. The Concerts in the Cohan series resumes on February 1, and the 2020-2021 season will be announced in January. The Symphony is also gearing up for another Pops by the Sea concert on September 5, 2020.

With so much on the horizon, the Symphony Board of Directors is on the hunt for a new executive director who will be ready to hit the ground running. A search committee is being formed in the coming weeks.