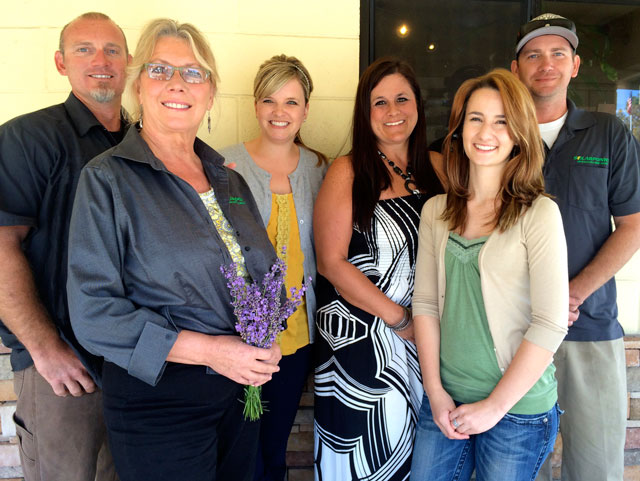 As nearly every large solar energy company races to maximize profits via volume sales and number of kilowatts installed, Solarponics is rededicating itself to its roots and beliefs of founder Mike Emrich, who’s philosophy has always been and continues to be a commitment to enrich our lives through renewable energy innovation and education, one homeowner at a time.

In addition to bringing the experience of their respective fields to Solarponics, all the new hires also have one thing in common, a commitment to deliver a better experience. Kristian Emrich, Solarponics president, is quick to point out “We approach every job as long-term relationship. It starts with a quality, cost-saving solar energy system, and continues through the end of the 25-year warranty, and beyond. We identified a few key positions that will really make a difference in delivering on this promise.”

Solarponics was founded in 1975 with two employees, and has grown steadily over the past 40 years making them the oldest solar energy company in California. Last week, they announced the hire of five new employees and the promotion of three others, also making them the largest privately owned solar energy company on the central coast. Mark Avery joins as foreman, Jake Liddicote as inspection tech, Sam Taylor as administrative assistant, Tasha VanSanten as marketing coordinator and Ron Spann as purchasing/warehouse. Amber Hicks was promoted to energy analyst, Kim Brazil was promoted to production coordinator, and Ryan Montague was promoted to service manager.

“We’re finding that customers are becoming more confused from hard-sell, vague, and sometimes false sales pitches, leading to questions about equipment quality, workmanship warranties, purchase options, and potential savings…overall accountability. Solarponics is focusing on these opportunities so all our employees are able to educate our customers, improve the experience, and build trust,” says Emrich.

So far, this approach has paid off. With nearly 4,000 installs throughout the central coast, Solarponics has earned a lot of trust by having saved central coast residents over 17 million dollars. “For me, choosing Solarponics was a no brainer. They did exactly what they said… and they did everything right,” says Solarponics customer, Fred Kerr of Templeton, California. “ I trust the people at Solarponics and would happily recommend them.”