Review: Mid-State Fair does not disappoint! 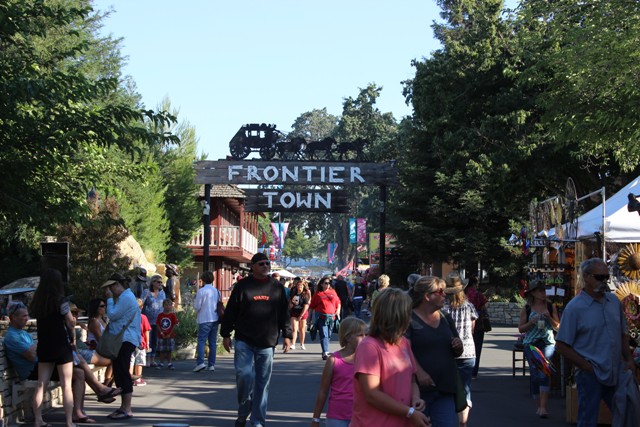 Born and raised in the Midwest–Iowa, specifically, where the state fair is a “take PTO and go every day, dawn ‘til dusk” kind of thing–the bar was set pretty high for Mid-State. Could this fair possibly compete? It did. 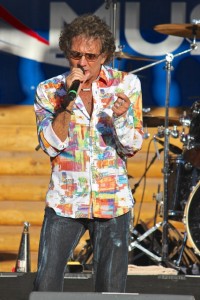 The clear and breezy evening with perfect moderate temps were a superb start. The crowds were supple and upbeat, yet not too chaotic in the slightest. It was the perfect population for people-watching.

People-watching at this fair, like most, produced the usual array of true farmers–boys and men with calloused hands, Wranglers and plaid shirts, arm-in-arm with a lovely and timid high-school sweetheart or shoulder-to-shoulder with ‘the guys.’ There were gaggles of girls, some with neon nail polish and selfie-poised cell phones, others dancing on the fine line between “country” and glamazon with perfect hair of a telltale blowout, laced with a hippie headband, cowgirl boots and something crocheted and white…makeup, perfect because—hey—it’s a concert night. There are families and old friends, and fair pros young and old, who can maneuver a crate and a squawking geese with more grace than most can balance a giant funnel cake.

Too early for the livestock to have arrived (save for some sheep), we explore a small shed with owls, snakes and even a tarantula. I tap in the glass of the snake cage before reading the sign instructing not to do so. Whoops.

Something Old
Next, we seek out the Ponderosa stage, finding it via a trail of 80s music we hear wafting between the food stands. We get there just in time for Starship’s ‘86 hit, “Sarah,” the song my mom used to sing to me to cheer me up as a baby when I was cranky. For the few songs we stayed for, their performance was great. Clusters of women my mom’s age danced with arms up in the air right next to the stage. It was a blast. 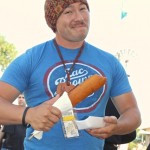 Something Fried
We start our evening with a corn dog that’s way too big, and yet gets topped with too much condiment and eaten far too fast. It’s over already? The fiending for the next fried item begins immediately, but we stay focused. “Ice cold beer” is served around every corner. The air is thick with the scent of onions and meat, cinnamon and dough. It’s heavenly.

Something New
Zac Brown Band was a hit. Almost everyone we knew was there, and the crowds and the view from every seat were just right. They played favorites like “Colder Weather,” “Toes,” and even a few covers like “Devil Went Down to Georgia” and Metallica’s “Sandman.” After one brief pause, the band came back onstage in head-to-toe skeleton costumes for a tune 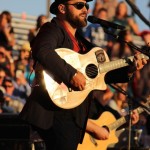 I’d never heard before. The Fair queen and attendants, dressed to the nines in evening gowns, watched from the media pit. And of course, the show closed with “Chicken Fried,” punctuated with cell phones and blinking keepsake mugs waving in the air.

Something True
As we made our way back to the car, pausing to ‘ooh’ and ‘aah’ at the beautiful rides lit-up against the night sky and savor a chocolate-dipped ice cream cone, we watched people laughing and squealing on the Ferris wheel…the carousel. I watched a man in a wheelchair belly-laugh, the most giant grin on his face while he watched his kids on a ride. 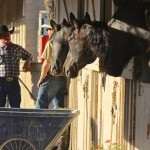 And I realized that there was a truth about this fair that is true about most fairs…and probably the reason why fairs are timeless: Everyone is happy!

Get out to Paso Robles for the next 11 days of excitement, music, food, fun…and your own dose of ‘happy.’