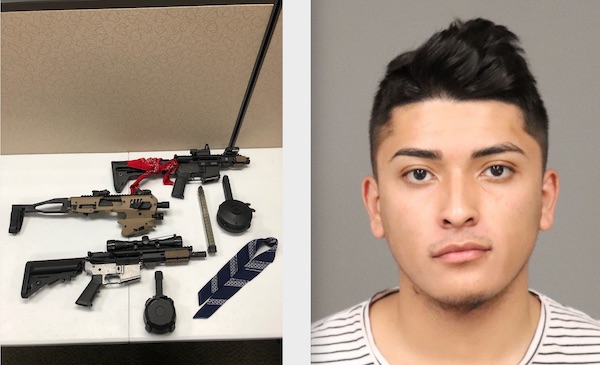 Several items were recovered by detectives which ‘prompted further investigation’

During the search, there were several items recovered by detectives which prompted further investigation. These items included materials related to gang affiliation, a Glock Micro Conversion Kit, large-capacity magazines, and two assault rifles.

The two firearms recovered were a Panther Arms A-15 semi-automatic SBR (Short Barreled Rifle) and a semi-automatic “Ghost gun” SBR. A “Ghost gun” is generally a privately made firearm with no associated serial number from a commercial manufacturer.

As a result of the investigation, 20-year-old Cesar Ortega of Nipomo was arrested and booked into County Jail for possession of an assault weapon and possession of a short-barreled rifle.