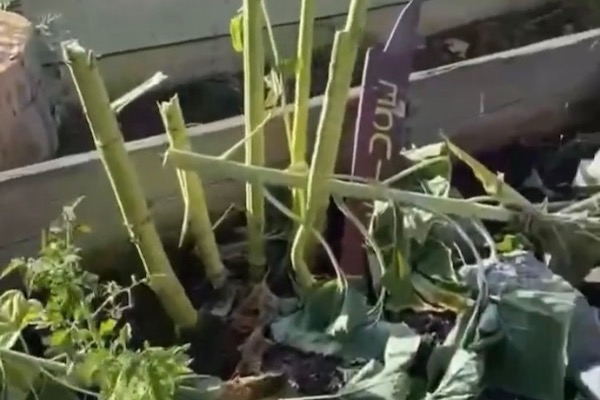 GoFundMe set up to help the school rebuild

–The special education garden at Lewis Middle School in Paso Robles on Monday was discovered to have been vandalized. Details are still under investigation as a police report has been filed, according to a GoFundMe page set up to help the school rebuild.

“Someone broke into our school garden last night and completely destroyed it,” said a Lewis Middle School teacher. “My students in my special education class and staff put so much time, effort, and money into growing an amazing amount of plants and flowers. The kids learned how to plant from seed and were able to harvest and eat snow peas and broccoli. In the fall they were going to be able to harvest tomatoes, watermelon, squash, cucumber, herbs, and a few other things. Nothing is salvageable. They didn’t even take all the tools after they broke into the shed.”

Additionally, several pots decorated by students were smashed, reports say, and paint was splattered on plaques and around the garden.