Eerie haunts and stories of apparitions stretch along the California coast from Monterey Bay to the Channel Islands. On Oct. 8, author Evie Ybarra is releasing her latest book about ghosts and haunted locations, California’s Haunted Central Coast.

It includes stories of James Dean’s presence lingering at the site of his deadly car crash on Highway 46, the ghosts of the Paso Robles Inn, the spirits of the Adelaida Cemetery, and the hauntings of the Cayucos Cass House,. Learn of the ghoulish murders of the Reed family at the San Miguel Mission, the mysterious spirits that haunt the Hearst Castle and the twisted tales of strange occurrences in what was once the Camarillo State Hospital.

“After book signings for my previous titles, many people came up to me afterward and shared with me their paranormal stories,” says Ybarra. “Many women and men told me about the ghosts, apparitions, shadow people and other unexplained spirits they had encountered throughout their lives. Of course, this piqued my curiosity and I wanted to explore what they saw, where they witnessed these unexplained entities and why they may have seen them at the various locations. One thing is certain, many of the spirits are attached to locations where they once lived and some of these locales were probably favorites for these spirits. They do not want to leave.

“An example is the lady in black at the Robert Louis Stevenson House and Museum. She shows herself to the guests taking the tour and she has been seen rocking in the rocking chair in the upstairs children’s bedroom. My husband first visited this house on one of our many trips along California’s Central Coast. Soon after, I learned about the hauntings which occurred at this famous RLS House and Museum. Upon our fourth visit to the house, a dark shadow beckoned to us to enter the room, when suddenly there was a gust of very cold air and the rocking chair suddenly started rocking by itself as though an invisible spirit were sitting there and rocking it back and forth, back and forth. Several guests at the book signings shared similar experiences.

“Hearst Castle is a favorite because of the apparitions seen and heard there. Old Hollywood stars are seen in the main rooms and in some of the bedrooms. They frequented William Randolph Hearst’s and Marion Davies’ lavish parties. Some of these same spirits frequent the Santa Maria Inn and the summer beach residence “W.R” had built for Marion in Santa Monica. Today, only the guest house and the pool remain. Marion’s family would stay in the guest house when visiting her in Santa Monica. Music is heard coming from inside the guest house and apparitions are seen there frequently. Hearst Castle is a beautiful Shangri-La and the guests enjoyed their stay there. Sounds also permeate from the tennis courts, only the courts are empty.
This gem now belongs to the State of California and the many stories are shared in California’s Haunted Central Coast.

“The Paso Robles Inn is another favorite because of its connection to Jesse and Frank James. These two brothers are still seen roaming the halls and sitting at the bar of this famous Inn. They hid out there for a year and they used the underground tunnels to leave the Paso Robles Inn as they were now wanted men in Kentucky. Everyone was searching for them across the country. Those who shared some of these stories, mentioned the ghostly happenings of unexplained telephone calls to the front desk and people who appear and suddenly vanish. It’s quite a lovely place and all travelers are welcome.” 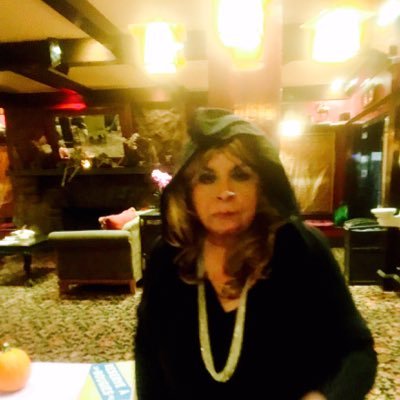 Evie Ybarra is the mother of two—a daughter and a son. She considers her two children her greatest accomplishments. Her husband and confidant, Robert, is her greatest supporter. Evie now has four beautiful grandchildren to whom she has told many stories. After having taught creative writing and history for thirty years, she now enjoys writing as a second career. Evie and her family reside in Southern California in a coastal community filled with many legends and stories.

Arcadia Publishing & The History Press is the largest and most comprehensive publisher of local and regional content in the US. By empowering local history and culture enthusiasts to write local stories for local audiences, we create exceptional books that are relevant on a local and personal level, and bring readers closer to their community, their neighbors, and their past. Visit us online at arcadiapublishing.com.