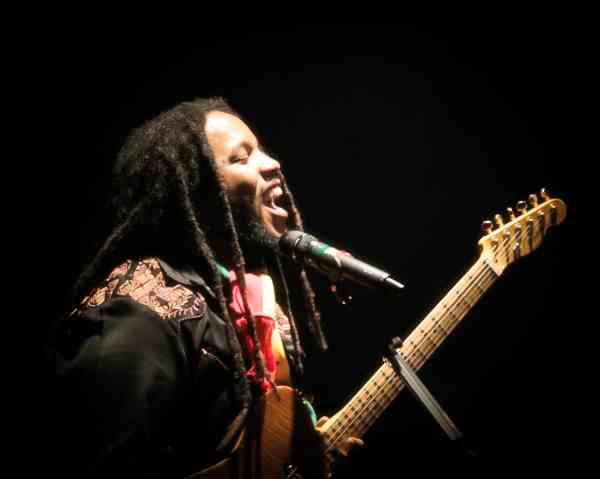 Marley will perform with his band, playing a mixture of his own hits covering his 40+ year career and revitalizing some of his father Bob Marley’s iconic catalog.

A dollar from each ticket purchased will be donated to the Ghetto Youths Foundation, the non-profit organization founded by Stephen, Damian and Julian Marley to provide aid, assistance, resources and opportunity to communities in need.

Today, Trenchtown, Jamaica, is the site of some of the Ghetto Youths Foundation’s most exceptional work. This unique and vibrant community is known for producing some of the greatest artists in the world, including Bob Marley, Jimmy Cliff, Peter Tosh and Toots Hibbert, yet 100-percent of the population still lives below the poverty line. The foundation has created an elderly food program, wellness initiatives providing medical care for all ages and educational endeavors that support young people with tuition, books, backpacks, pencils and give them access to safe homework centers with computers and technology.

Stephen Marley is the second eldest son of reggae legend Bob Marley and Rita Marley. He was raised in Kingston, Jamaica and started singing professionally at seven-years-old with his elder siblings Ziggy, Sharon and Cedella as The Melody Makers. The singer, songwriter, musician and producer has earned a total of eight Grammys for Best Reggae Album. He won this accolade as a solo artist for Mind Control, Mind Control Acoustic and Revelation Part I: The Root of Life, as producer for Damian “Jr. Gong” Marley’s Half Way Tree and Welcome To Jamrock and as a member of Ziggy Marley & The Melody Makers for Conscious Party, One Bright Day and Fallen Is Babylon. Following Revelation Part I: The Root of Life (2012), the multi-talented artist’s latest studio album Revelation Part II: The Fruit of Life (2016) is the second installment of his two part series, which was released on the Marley family’s Ghetto Youths International label imprint. Whereas The Root of Life is more a traditional roots reggae album, The Fruit of Life utilized a diversified sonic palette to express the far-reaching impact Jamaican music has had on various genres, especially hip hop. The album features Rick Ross, Pit Bull, Dead Prez, Rakim, DJ Khaled, Busta Rhymes, Wyclef Jean, Shaggy, Black Thought (of The Roots), Bounty Killer, Sizzla, Capleton, Damian Jr. Gong Marley, Ky-Mani Marley and Jo Mersa.

In 2018, Stephen released a 5-track EP, One Take: Acoustic Jams consisting of his and his father’s tracks deconstructed in raw form. He took this stripped-down set on the road for three North American tours. In more recent years, Stephen has expanded on his philanthropic efforts. He continues mission work as the co-founder of Ghetto Youths Foundation. He also created Kaya Fest, an annual music festival which began in 2017 to raise awareness on the benefits of cannabis guided by the mantra “Education Before Recreation.”