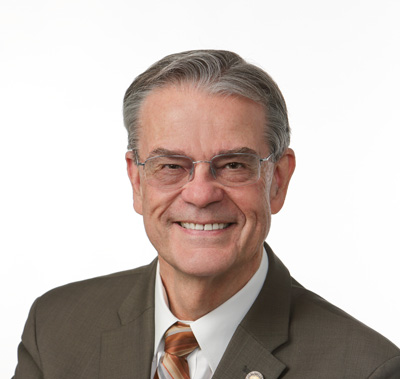 Unofficial results show Martin ahead with 56% of vote

– Incumbent Mayor Steve Martin appears to be headed to victory in his quest for reelection. With all 13 precincts reporting, the San Luis Obispo County Clerk-Recorder’s unofficial election results released early this morning show Martin with a big lead over his challenger, Michael Rivera.

“First, I want to make sure all votes have been counted, before declaring victory,” Martin said this morning.

“Second, I want to thank everyone who worked so hard in this campaign. I deeply appreciate the support. Third, I hope we can all come together in mutual respect for each other and our community to accomplish the goals we all support.

Martin first served as mayor of Paso Robles in 1988. He was reelected in 2014 and 2018 to two four-year terms. This victory would be his fourth term as mayor.

City voters appear to have approved an increase in the local hotel room tax, increasing it from 10 to 11%. The local tax measure F-22 earned 58.5% of the vote, with 41.5% opposed to it. It is expected to raise an additional $750,000 in taxes from tourists visiting local hotels.

The San Luis Obispo County Clerk-Recorder typically issues certified election results in the weeks following the election. An unknown number of late mail-in ballots still need to be added to the totals.