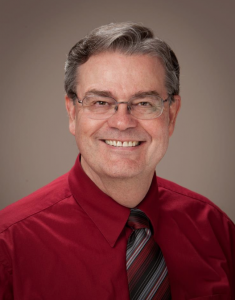 Steve Martin, current Paso Robles City Councilman, announced his intent to campaign for the office of mayor of Paso Robles.

If he is successful, it will be Martin’s second time serving as mayor of the city and the first time he would be elected into the office directly by vote of the people. He was selected by his peers to be mayor of Paso Robles from 1988 to 1990. Martin served on the council previously from 1987 to 1996 and has held his current Council position since 2012.

“Since the time I’ve been back serving on the council, I’ve had a lot of people come up to me and ask me when I was planning to run for mayor,” Martin said. “At the end of last year, I started thinking about it seriously, and I finally decided that if I was going to aspire to run for office that this would be the best time.”

Current Paso Robles Mayor Duane Picanco is serving his fifth two-year term; he first served from 1996 to 2000 and has been in his present position since 2008. When he announced his run during the last election season, Picanco said it would not be likely that he would run again in 2014.

“This is not a protest run,” Martin said about his decision to throw his hat into the ring, “and I have absolutely nothing against the mayor that is serving right now. I just feel that I have talents that I can offer to the voters in Paso Robles.”

Out of respect to Picanco, Martin says that at the beginning of the year he told the current mayor that he was considering running. With absentee ballots being cast just about six months from now, Martin says that he decided that if he was going to mount a good campaign, now was the time to get started.

“So I decided to move forward and I announced I would be pulling papers for the office of mayor,” Martin said. “I have contacted all the Council members and the mayor and let them all know. I’m ready to move forward with an aggressive but positive campaign; hopefully the people of Paso Robles will feel that what I have to offer is what they want to have in the mayor’s chair.”

Martin has lived in Paso Robles with his wife, Jennifer, for four decades. Together, they raised their family locally and have been active in countless community activities.

“Jennifer has always supported me in everything that I’ve done; she is my biggest booster,” he said. “She is one that is always telling me, ‘you have things to add to the city, you have things to offer the city.’ As far as her support, I couldn’t ask for anything more.”

Martin’s biography on the city’s website states that he is: a marketing professional with more than 30 years of experience in communications including corporate communications, radio, television, newspaper, publishing, Internet design and public relations; he is an author and musician. He has worked in both the public and private sectors, as an elected official, an executive manager and the owner of several media-related businesses. He advises clients on a wide range of communication and economic development activities. Martin says he has always felt that he had something to offer the city as far as leadership and listening to people’s needs.

“I feel like one of my strengths is taking some of the complex issues that face the city and stating them simply and clearly so people can understand them,” he said. “I really feel that all the members of the council and the mayor, especially, has an obligation to speak out and explain the issues to the community and try to keep them current on the things the council is dealing with. I am very happy with the council that I joined a little over a year ago – they are good guys, they work hard, and they do their homework.”

When asked what the key topics surrounding his campaign might be, Martin replied:
• “Of course, at the top of the list is water. The city of Paso Robles will be involved with the water situation for a long time to come and we’ll be dealing with water supply for the city. We procured the water necessary for build out, but we need to make sure that we are good stewards of that water, that we don’t impact the Paso Robles aquifer more, and that we are able to provide that water for citizens into the future.
• I also think that economic development is a very important topic right now. We have a very strong tourism industry and a strong agricultural industry. We are thankful for that because it has helped us through tough times, but I think that looking to the future we need to broaden our job base in Paso Robles so that there is a greater variety of employment.
• Thirdly, on my top three list, would be reinstituting services that were necessarily cut back during recession times in order to keep the city solvent and to keep its bond rating high, which has been done. Now I think it’s time for us to start looking to the future and start building back into the community. For instance, when I ran for council a couple of years ago, the issues I ran on were public safety and Municipal services. Since then we have added back to the police force with police officers, and we are addressing once again the gang issues and drug enforcement issues. We’ve also just recently added more personnel in the Paso Robles City Maintenance Department so that we can keep public facilities cleaner and in better condition for the community. We need to continue on that path of adding services back.
• I know that a lot of people are concerned with the roads; thank goodness for the voters of Paso Robles, who voted in the half cent sales tax override and the work of our Citizens Oversight Committee. We will be putting $3.5 to $4 million each year back into road repair which, over time, will take care of some of the road problems we have now.”

Martin says he will be reaching out to supporters from his last election and will be attempting to gain new supporters in his bid for the Mayor’s office of Paso Robles. He is currently in the process of forming a committee and cannot collect any money or start his campaign until the committee is legally formed. He also will file forms with the California Fair Political Practices Commission.

“As soon as that is done, I will be able to do some fundraising and take care of other items,” he said. “I’m already starting to receive responses from my past supporters – they are encouraging me and supporting me, saying that I should be running for office. So the word is getting out and that is our first step.”

Candidates must submit official intentions between July 16 and Aug. 10 to run in the council races; no others have announced plans of intent to run for mayor as of publication time. Information on the City of Paso Robles website states: the City Council consists of five members elected at-large, on a non-partisan basis. Residents elect the Mayor for a full term of four years – residents passed a November ballot measure lengthening the term from two to four years starting in 2014 – and four Council members. Council members serve four-year overlapping terms.