Still no candidates for fall election in Templeton

Special from the Soaring Eagle Press 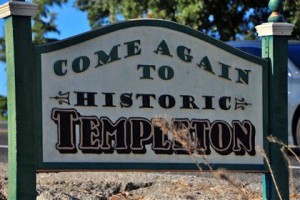 With only 2 weeks left in the nomination period for the November election, not one single candidate has filed papers to run for a seat on either the Templeton Unified School District (TUSD) Board of Trustees (school board) or the Templeton Community Services District (TCSD) Board of Directors (water, sewer, solid waste, fire, recreation, and a small amount of lighting and drainage).*

Two seats are up for election on both the school board and the TCSD board. Without at least 3 candidates who are willing to run – and serve if elected – there won’t be an election.

If only 1 or 2 candidates run for the two open seats on either board, they will be seated by the Board of Supervisors. If less than 2 run, the respective boards will most likely call for applicants and choose from those applicants to fill the empty seat(s).

Either way, voters served by these boards won’t have a say in who serves and makes decisions on their behalf unless candidates step forward and an election is held.

*The San Luis Obispo County Clerk Recorder’s Office regularly publishes the list of candidates who have filed and those who are on the November ballot. As of July 24, no candidates were listed for the school district or Templeton CSD. To follow the nominations, please click here, and then click on “Candidates List” for the November election.