– Cal Fire released information regarding the structure fires that occurred in Heritage Ranch on Monday evening and in the early morning hours on Tuesday:

On Monday at 5:22 p.m. firefighters responded to a report of a fire in the 2000 block of Sand Harbor Ct. in Heritage Ranch, West of Paso Robles. The residents were able to self-evacuate the structure with no injuries. At the time of arrival fire crews found a well-established fire in the garage. Firefighters were able to contain the fire to the garage.

Once the fire was contained crews began overhaul (the search for any hidden fires, or indications of fire, if which are found are extinguished). In addition to the physical overhaul process, thermal imaging cameras (TIC) were also utilized in to search for any heat signatures in the interior of the walls and voids of the structure. By 10:27 p.m. firefighters had cleared the incident with the fire contained to the garage with no exposures.

Early Tuesday morning at 2:36 a.m., firefighters were recommitted to the residential structure fire on Sand Harbor that had rekindled and spread to the second story of the structure.

Firefighters remained at the scene throughout the day.

The fire is under investigation. 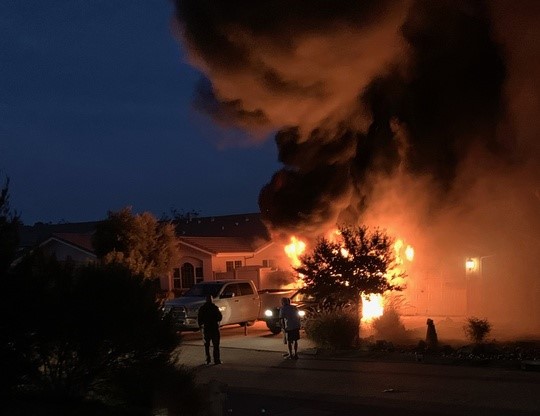 – Two fires were reported at the same residence in Heritage Ranch on Monday, according to reports.

The first fire occurred around 5:30 p.m. at the two-story residential structure near the 2000 block of Sand Harbor Court, according to Cal Fire San Luis Obispo.

STRUCTURE FIRE: 5:22 PM Firefighters & #HarborIC responded to a two story residential structure fire at #HeritageRanch near the 2000 block of Sand Harbor CT. Fire was contained to the garage. Residents evacuated safely with no injuries. Fire is under investigation, & contained. pic.twitter.com/9c1LdbP3qO 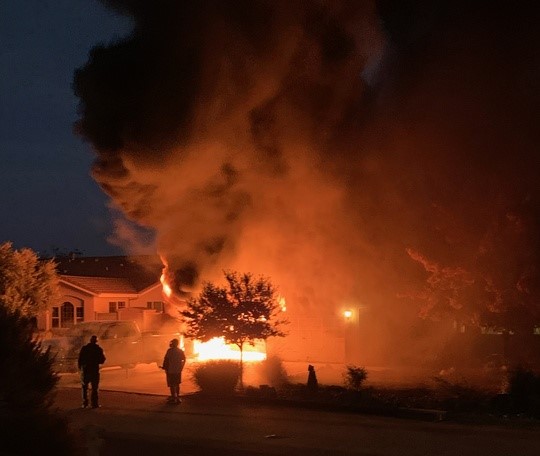 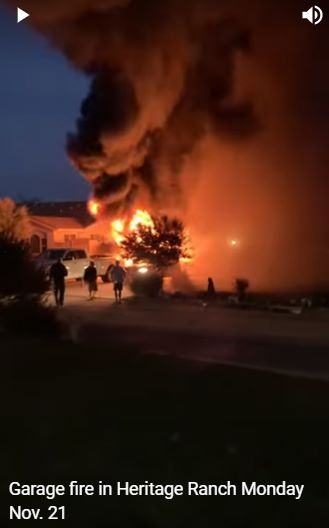 Later that evening, a second fire was reported at the same location, this time in the upper level of the home, according to a report by KSBY. The second fire is also under investigation. No further information is available at this time.