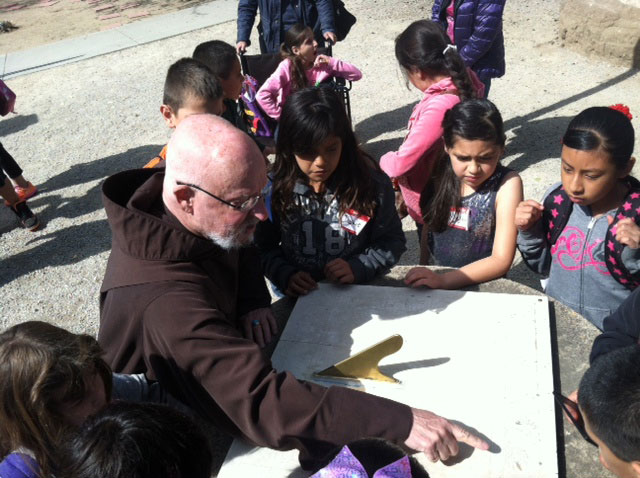 Brother Nicholas explains how to read a sun dial during a tour of Mission San Miguel. 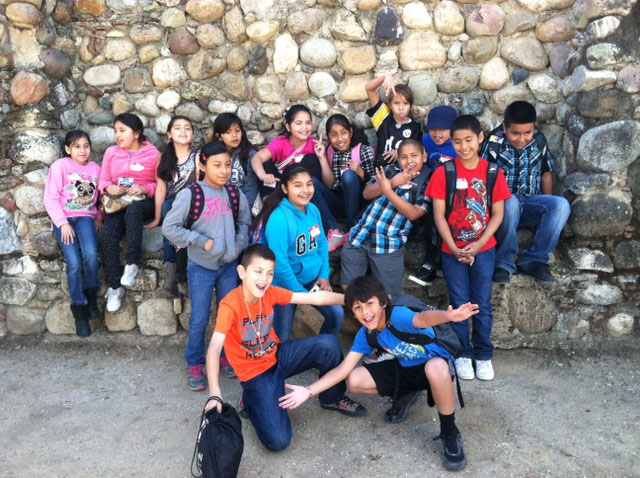 A group of 4th graders from Shafter pose at the mission’s bell tower.

Mission San Miguel Arcangel is a popular local tourist stop for its beauty and historical significance. The mission was founded in 1797 by Father Presidente Fermin Francisco the Lasuen. It was the 16th of the California missions, built to be a link between the San Luis Obispo and San Antonio missions, which were each a day’s journey away.

The sanctuary was damaged in the San Simeon Earthquake in December 2003 and was unusable until this past September. Mass services are once again being held in the sanctuary rather than in the main museum room that had been converted into a temporary chapel in 2003.

The first church that was built was meant to be temporary and was destroyed by fire in 1806. Preparation for the new church then began and it was completed in 1816.

The interior frescos by Esteban Munras, which visitors can still see today, were completed by 1821 and are the only untouched originals left in California.

In 1878 a resident priest was assigned to the mission and the mission parish was established. The mission was returned to the Franciscans in 1928. Today, there are 14 Franciscans that live at Mission San Miguel. They are in different parts of their education to become Fathers or Brothers. While visitors have the opportunity to visit the main church building and go through the museum and old living quarters, the current living quarters are not open to visitors.