Studios on the Park host retirement party for Meg Williamson 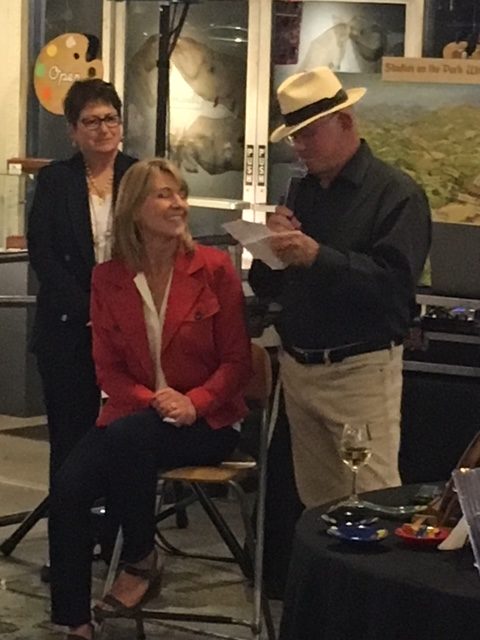 –Studios on the Park hosted a retirement party Thursday night to honor Meg Williamson, who worked more than twenty years for the City of Paso Robles. She started as an Associate Planner and retired as Assistant City Manager.

About one hundred people attended the event last week.

Among those to speak, former mayor Frank Mecham and former city manager Jim App praised Williamson for her work after the San Simeon Earthquake, the Salinas River area and other city events and projects. Friday was Meg Williamson’s final day with the City of Paso Robles.