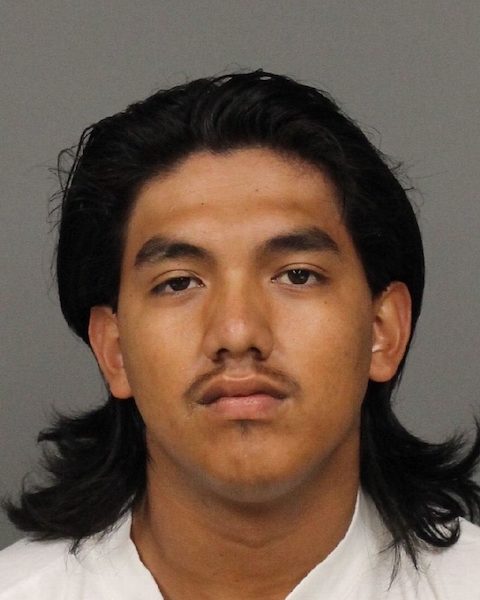 –On Tuesday, San Luis Obispo County Sheriff’s Department Deputies responded to a report of a suicidal subject standing in the middle of the 5900 block of North River Road in rural Paso Robles. The suspect was identified as 19-year-old Dario Salvadormontana Diaz.

Witnesses reported the subject was holding a 10 to 12-inch knife to his throat and was also waving the knife at passers-by. When deputies arrived, they made contact with the subject, identified as 19-year-old Dario Salvadormontana Diaz of Paso Robles.

The deputies asked Diaz several times to put the knife down and he refused. Diaz then ran into a neighboring vineyard and deputies followed. Diaz then ran back to North River Road. Deputies again made contact with Diaz and asked him to drop the knife, which he did. Deputies were able to detain him and take him into custody without further incident.

Diaz was arrested on a domestic violence charge related to an incident which had occurred earlier that day.