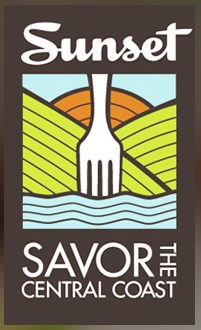 Event organizers for Sunset Savor the Central Coast prepare to move forward with plans for 2014. The growth in attendance and economic impact for Savor and overall awareness the event campaign creates for local tourism reaffirms the event’s ongoing success, according to officials for Visit San Luis Obispo County and Sunset Magazine, the authority on western living.

Throughout the 2013 event weekend, more than 10,500 guests attended Sunset SAVOR the Central Coast, held September 26-29, 2013, reflecting a 5.8% increase in attendance over 2012. The event attracted food and wine lovers from across California and from 33 states and Canada seeking adventure with the annual themed event Time to Play. Revenues from the four-day event boosted the local economy by $4.54 million, a 27.2%increase over 2012.

Beyond Savor, San Luis Obispo County continues to garner national recognition: Paso Robles was named “Wine Region of the Year” by Wine Enthusiast Magazine and Lonely Planet ranked the Central Coast among the top 10 travel destinations in the U.S. in 2014.

“The promotional value of Savor and these national accolades are key in positioning San Luis Obispo County as a premiere destination for wine, food, adventure and coastal fun,” said Jacob.

Planning for SAVOR 2014 is actively underway. The line-up will focus on the Main Event at Santa Margarita Ranch and include adventure tours, special dinners and VIP events throughout the county. The four-day event is designed to provide attendees a customized and unique experience. More than 36% of attendees participate in more than one SAVOR activity and 2014’s Time to Play will continue to showcase the unique aspects of San Luis Obispo County.

2013 Sunset Savor the Central Coast by the Numbers: