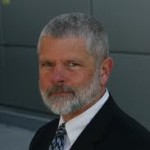 Neighbors in rural Cayucos say that while they have been struggling to water their orchards because of drought conditions, District 2 Supervisor Bruce Gibson planted an additional 500 citrus trees on his Cottontail Creek Road ranch, the report says.

In October, the Board of Supervisors extended its urgency ordinance that restricts water use in the Paso Robles Groundwater Basin. The basin spans most of Northern San Luis Obispo County east of Highway 101 and includes rural Atascadero, Templeton and Paso Robles. The ordinance, which lasts until 2015, prohibits new development in the Paso Robles basin that uses more water than it saves.

Gibson led the effort to adopt the ordinance and initially called for water usage restrictions twice as steep as what the board adopted. He said the water moratorium was necessary to stabilize the basin.