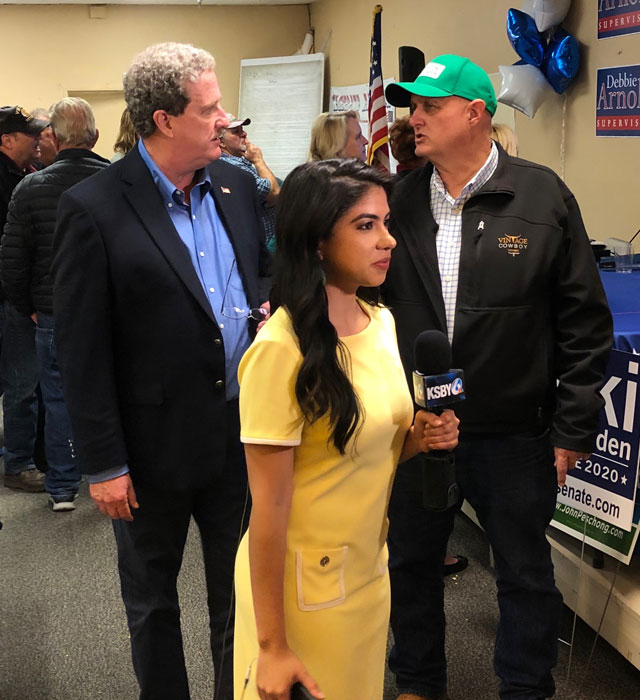 –With all local precincts reporting at 11:15 p.m. on Tuesday night, conservative candidates appear to have swept the three San Luis Obispo County supervisors races on the ballot, according to unofficial results, from the San Luis Obispo County Clerk-Recorder. The results include mail-in ballots counted by Saturday night and votes from the polls. It typically takes a few weeks for the clerk-recorder’s office to certify election results.

1st District Supervisor John Peschong was re-elected to a four-year term by a wide margin, with 67-percent of the votes, to challenger Stephanie Shakofsky’s 32-percent. In terms of votes, Peschong earned 8,702 to Shakofsky’s 4,197. The 1st District includes Paso Robles, Heritage Ranch, San Miguel, Shandon, and most of Templeton.

“I would like to thank the voters of the 1st District for electing me to another four-year term as their representative on the San Luis Obispo County Board of Supervisor,” said Peschong. “My promise to the voters is to continue the fight for smaller more efficient government, lower taxes and more personal freedom.”

Shakofsky conceded Wednesday, saying, “I wish that I had been able to fulfill the hopes of my supporters to lead North County in a different direction. But the voters chose to return the incumbent to office, and I have pledged to work with Supervisor Peschong to make certain that all North County voices are heard.”

“I have been awed by the amazing, politically diverse, and energized volunteers who knocked doors, made phone calls, and stuffed envelopes for my campaign,” she said. “Working with this irrepressible group has been one of the greatest honors of my life.” 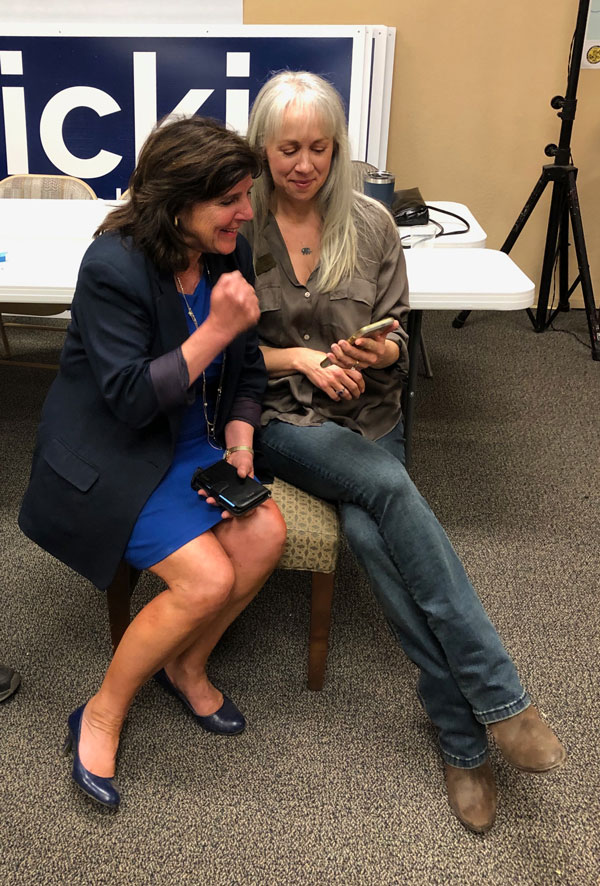 Arnold commented on the race: “Though the final ballot count for the District 5 Supervisor’s race won’t be final for some days, the numbers indicate I will be re-elected for another term. I want to thank all of the volunteers who worked hard to help me get re-elected and I look forward to the honor of representing the 5th district for another term.”

She said the results send a message. “I think people are just wanting some common sense leadership, and we’re seeing the results of that in this primary election.”

Peschong said, “The re-election of Debbie Arnold will help the Board of Supervisors finish the Paso Robles Basin sustainability plan and focus on the homeless crisis in North County.”

Beraud’s loss came in spite of a huge fundraising advantage and endorsements by the SLO County Tribune, SLO County Democratic Party, and local unions. By early February, Beraud had raised $295,438 in campaign contributions, compared to Arnold’s $160,516.

Beraurd commented on the results: “I’m so proud of the campaign we ran and am beyond grateful for the way the community turned out to support me in this race. You can tell from the energy, the record fundraising, and the volume of individual donations to my campaign that my message of an open, accessible, transparent government and a positive future that truly serves the people is resonating.

“We know that many local races have been decided by less than 100 votes so the saying that every vote counts is really true. So now that’s the stage of the campaign that we’re in.

“Traditionally in SLO County, Republican mail ballots are returned early and in greater numbers and Democratic voters wait to vote until Election Day. This trend was true this year as well. Voters who submitted mail ballots after the weekend – the majority of voters participating in the Democratic presidential primary – have yet to have all their ballots counted.

“So we’ll be watching the numbers as mail ballots are tallied, which we believe will close this gap.”

Korsgarden appears to have upset Hill 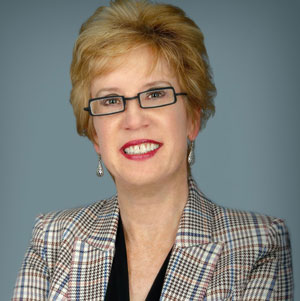 Perhaps the biggest upset in the supervisors’ races on Tuesday night occurred in South County.

Business owner Stacy Korsgarden appears to have narrowly upset incumbent 3rd District Supervisor Adam Hill, in the unofficial results. Korsgarden won with 51-percent of the votes to Hill’s 49-percent. In terms of votes, Korsgarden earned 6,947 to Hill’s 6,643, a margin of only 304 votes. The 3rd District includes most of the city of San Luis Obispo, and all of Edna Valley, Avila, Pismo Beach, and Grover Beach.

The race included a controversial robocall to some South County residents that is being investigated by the San Luis Obispo County District Attorney. The call, created by Kevin Rice, included slurs and accused Adam Hill of making homophobic statements.

Regarding the apparent turnout, candidate Shakofsky said, “Although we were looking for high voter turnout on Tuesday − and ballots are still be counting − it looks like this will be an historic low number of voters for a Presidential primary in San Luis Obispo County.”

“Low voter participation should be a concern for every community leader in the county,” she said. “Low turnout stems from indifference or a sense that one vote won’t make a difference. Voter apathy in the county needs to be challenged because we know that democracies work better when more people vote.”

Editor’s note: This story has been updated for accuracy and to include additional comments.