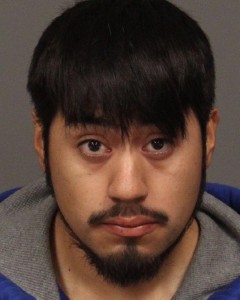 On Sunday, March 22, at approximately 10:40 p.m., Paso Robles police officers were dispatched to the 700 block of Tanner Drive regarding a suspicious vehicle. The reporting party stated they had observed the male occupant of the vehicle urinate in the driveway area of the caller’s home. Officers located the vehicle as described by the reporting party and contacted the vehicle’s occupant, identified as 23-year-old Templeton resident Mario Sanchez, Jr.

During the course of this investigation, officers discovered approximately one ounce of suspected heroin. Additionally, US currency and other drug sales related paraphernalia were located. Sanchez was arrested without incident for possession of a controlled substance for sale, a felony, and transportation of a controlled substance, a felony. He was booked into the San Luis Obispo County Jail.

Anyone with information about these crimes is urged to call the PRPD or Crime Stoppers at (805) 549-STOP (549-7867) or submit a web tip from the Crime Stoppers website at slotips.org. You can also submit a “TEXT TIP” by texting “slotips” and your message to CRIMES (or 274637). You do not have to give your name. Crime Stoppers will pay a cash reward of up to $1000 for information leading to arrest and conviction, and you can remain anonymous.