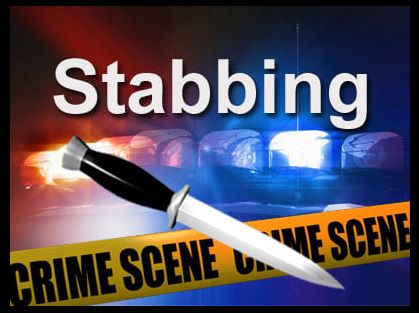 Victim is currently undergoing treatment but is expected to survive

– On Wednesday at about 7:11 p.m., Grover Beach Police Department Officers, Five Cities Fire, and San Luis Ambulance personnel were dispatched to the 1800 block of East Grand Avenue for a report of a stabbing. Upon arrival, emergency crews found a 34 year-old homeless man suffering from a life-threatening stab wound to the neck near the intersection of E. Grand Ave. and Courtland Street. Medical assistance was provided and the man was transported to an area hospital for treatment. The man is currently undergoing treatment, but is expected to survive.

Officers conducted an investigation and were able to identify the suspect as Mark Lee Simpson, 24, who is also described as homeless, from video surveillance in the area. A local “be-on-the-lookout” broadcast was made to area law enforcement agencies and at about 9:30 p.m., Arroyo Grande Police Officers located the suspect in their jurisdiction. Grover Beach Police Officers responded to Arroyo Grande where they were able to confirm the suspect’s identity and place him under arrest. The suspect was transported and booked into San Luis Obispo County jail for attempted murder.

This is an on-going investigation and we are asking anyone with information regarding this case to contact Detective Sergeant Celis Rabena at (805) 473-4511 or via email at crabena@gbpd.org. Anyone wishing to remain anonymous can call the San Luis Obispo County Crime Stoppers at (805) 549-7867 or you can submit a tip at www.slotips.org or via the mobile app “P3 Tips.”