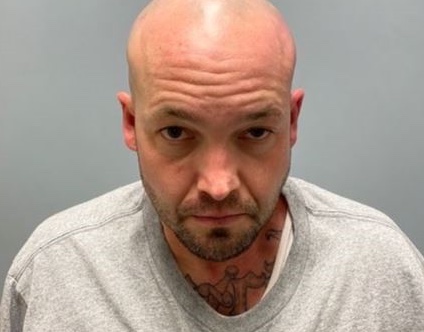 –On Thursday, January 09, 2020, just after midnight, officers from the Paso Robles Police Department contacted 41-year-old Benjamin Keeney in the Golden One Credit Union parking lot located at 128 Niblick Rd. Keeney was found to be in possession of a stolen white Kia Optima and was ultimately placed under arrest. A search of both Keeney and the vehicle produced a revolver with a removed serial number as well as stolen mail, checks, IDs and computer equipment used to manufacture checks. One of the stolen checks had a scratched-out name and Keeney’s name written in. Also located was a large amount of methamphetamine, heroin, marijuana, prescription Xanax pills, methadone, fentanyl and drug paraphernalia.