The suspect is a 14-year-old male

–In the middle of May, California State Parks rangers experienced a reported increase in vehicle burglaries in the Montana De Oro State Park area.

On June 17, an off-duty Morro Bay Police Department officer located the vehicle in Morro Bay and reported the finding to on-duty officers and state park rangers.

On June 18, at approximately 6 p.m., Morro Bay officers along with state park rangers contacted Suspect #1 at an RV on Atascadero Road near Ironwood. Several items of stolen property were recovered from the RV. 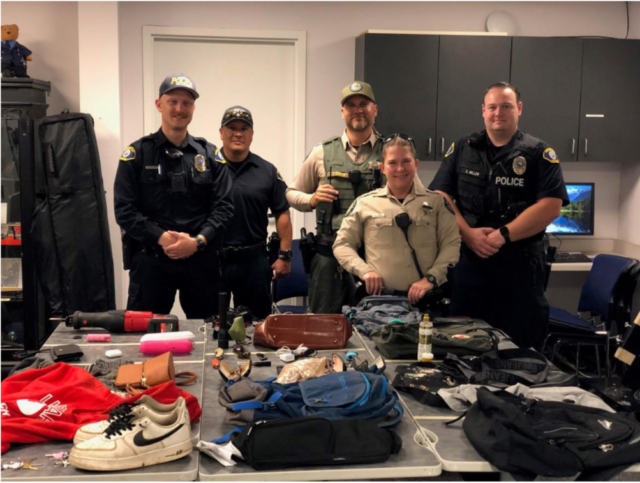 Recovered goods from the RV where the suspect was located.

This investigation is ongoing to identify other suspects involved with these crimes. Anyone who has any information regarding this incident is asked to please contact the Morro Bay Police Department (805)772- 6225 or San Luis Obispo County Crime Stoppers at (805)549-STOP.