Update: Identity of man shot by police in Atascadero released 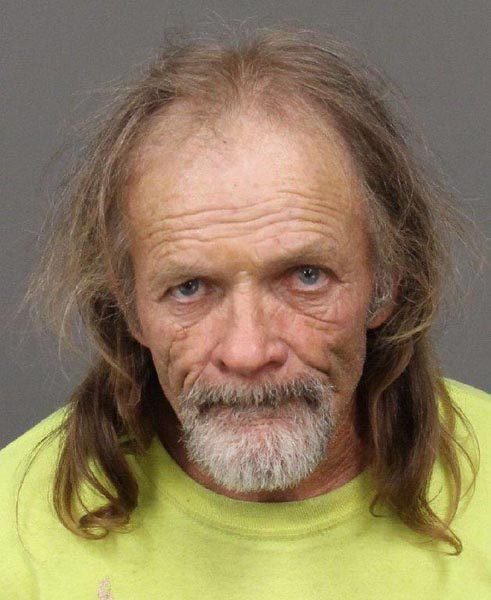 –The identity of the man who was shot by police after driving his truck into an abandoned building and threatening officers with a metal pipe has been released by the Atascadero Police.

–Atascadero Police have detained a suspect who drove into a vacant building in Atascadero Monday afternoon multiple times, and then threatened officers with a metal bar before being shot by one officer. Non-lethal rounds proved ineffective in subduing the suspect, according to police. 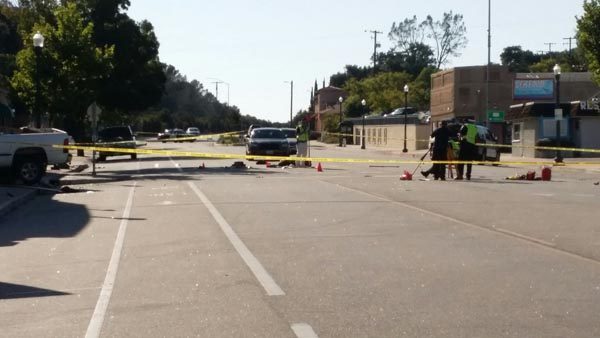 Monday afternoon at approximately 1:05 p.m., the Atascadero Police Department responded to a call of a possible injury traffic collision. Upon responding, the police officers found the driver of a white truck driving erratically in the 5600 block of El Camino Real on the north side of Atascadero. The driver had driven into one of the vacant buildings on El Camino Real, and then backed completely out of the building and proceeded to back into the adjacent parking lot across the street. In the process, the driver hit a vehicle in the parking lot. The driver again drove forward across El Camino and back into the building. The driver finally reversed out of the building where the vehicle became lodged on debris. According to Atascadero Police Chief Jerel Haley, the suspect did appear to have crashed the car into the building multiple times intentionally. 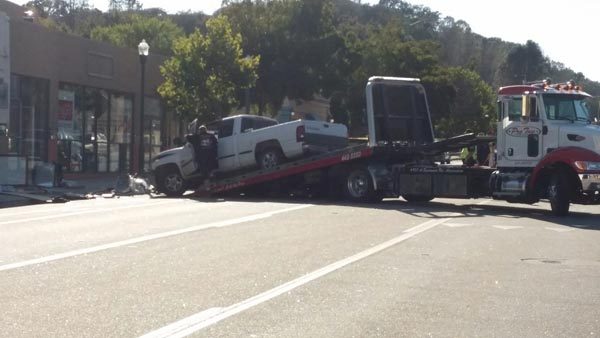 The driver got out of the vehicle armed with a metal bar. Atascadero Police Officers who were now on the scene confronted the suspect. The suspect started to approach the police officers and they responded with less lethal munitions, including multiple attempts with a taser, according to Haley. The less lethal munitions were ineffectual and the suspect continued to come toward the officers while armed with the metal bar. One of the officers on the scene fired a single round from his handgun striking the suspect in the stomach. Officers were able to subdue the suspect and called for medical attention.

The suspect was transported to Sierra Vista Hospital and was undergoing surgery for his injuries. The involved officers did not sustain any injuries during the incident.

The name of the suspect and officer will not be released at this time as this is a part of an ongoing investigation.