Paso Robles News|Wednesday, August 5, 2020
You are here: Home » Crime » Suspect at large after exposing himself to middle school girl

Suspect at large after exposing himself to middle school girl 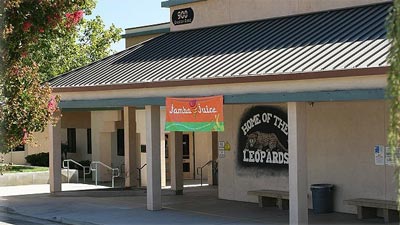 –On Tuesday, Sept. 25, Paso Robles Police Officers responded to Daniel Lewis Middle School around 4 p.m. to investigate a report that a man had exposed himself to a young girl on her way home from school.

The middle school aged girl told police that after the man exposed himself to her before he drove away in a small 2-door blue sedan. She described the man as white and in his 30’s, with slicked-back brown hair, and a stubbly beard. The suspect was last seen driving east on Creston Road at approximately 4 p.m.

According to the young witness, the incident happened after school directly in front of the campus on Creston Road. The suspect stopped his car upon seeing the girl and asked her for directions. When the girl began to answer the suspect’s question, he exposed himself to her. The suspect immediately left the area and police have yet to identify a suspect.

The PRPD is working with its new School Resource Officer and School District officials to keep students safe and secure. Additionally, the PRPD will provide an increased presence before and after school.

The Paso Robles Police Department would like to remind everyone, “If you see something, say something.”

This investigation is ongoing and any further information should be forward to the department at (805) 237-6464.

Persons who would like to remain anonymous and have information about this crime or any others are encouraged to call Crime Stoppers’ 24-hour hotline at 549-STOP or by texting “SLOTIPS” plus your message” to CRIMES (274637).