Suspects wanted after attempt to steal ATM with backhoe

Three suspects are wanted by police after allegedly using a backhoe in an attempt to steal an ATM machine at a bank in Atascadero.

On Monday night at about 10:35 p.m., Atascadero Police officers responded to Premier Pacific Bank located in the 7400 block of El Camino Real regarding suspicious subjects. It was reported there was construction equipment on scene and a witness believed subjects were attempting to steal an ATM machine.

Officers arrived and discovered an ATM had been partially removed and was lying in the parking lot. Officers also discovered a stolen truck with attached trailer and backhoe that was used to remove the ATM from its location. The truck had been stolen out of the City of Paso Robles earlier in the evening.

The suspects fled the area just prior to officer’s arrival. The Atascadero Police Department’s Investigations Unit is conducting follow up investigation and no additional information will be released at this time. Anyone with any information is encouraged to contact Sergeant Jeff Wilshusen at (805) 470-5035.

The vehicle was found abandoned down the road and later towed away by police. 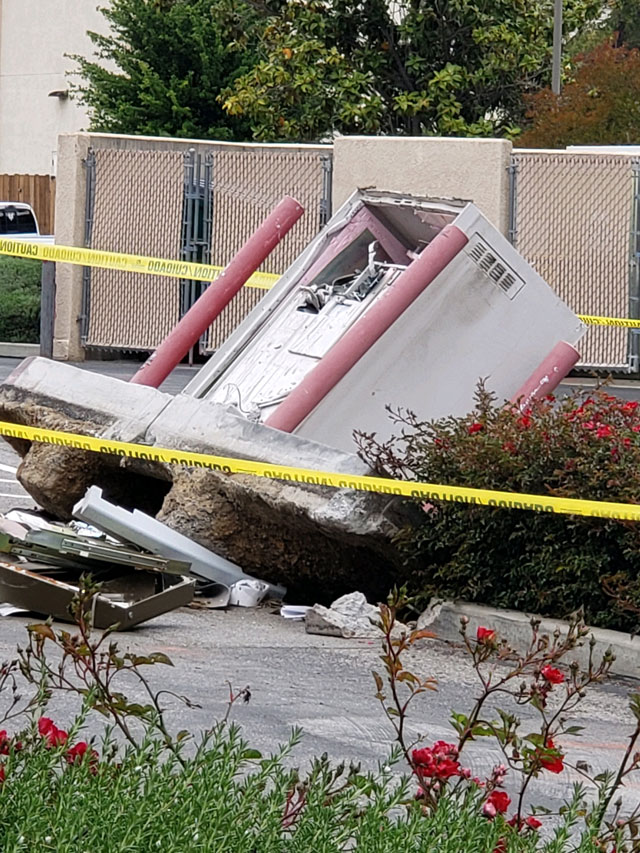 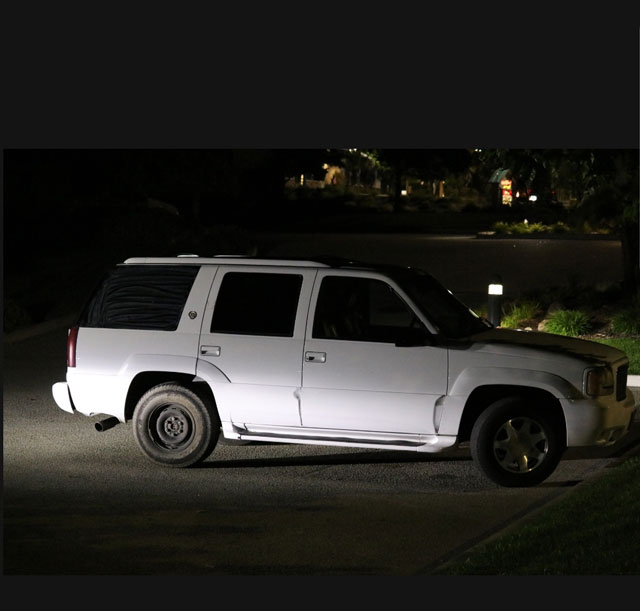