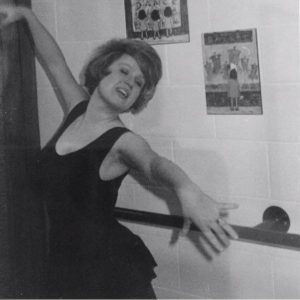 –The Foundation for the Performing Arts Center’s fourth annual Swanson Fund Brunch will honor Lorilee Silvaggio. As founder of the Civic Ballet of San Luis Obispo, Silvaggio is one of the most influential leaders in the history of the Central Coast’s performing arts community.

In 1970, when she was just 21 years old, Silvaggio launched the Academy of Dance, SLO out of her two-car garage. Within a year, class sizes rose from just a few dancers to over seventy-five all training in her modest converted studio space. Eventually she was able to open a downtown studio and in 1978, launched San Luis Obispo’s first professional ballet company, the Civic Ballet of SLO.

Silvaggio’s tremendous influence is apparent throughout the Central Coast as her former students have gone on to attend Juilliard, perform internationally and open studios of their own. The beloved annual Nutcracker production, introduced by Silvaggio, just celebrated its 41st year.

The year’s annual Swanson Fund Brunch event will be held on Sunday, March 24, at the Performing Arts Center and will feature a look back at Lori’s exceptional career and her enduring legacy. As tribute, dance and storytelling will be presented by many of SLO’s most gifted performers.

Tickets for the brunch are $75 per person or $600 for a table of eight people and can be purchased on the foundation website: http://fpacslo.org. The foundation’s board invites regional arts patrons to join us in the celebration Lorilee’s infinite legacy.

Proceeds of the annual brunch will benefit the fourth season of the Clifton Swanson PAC Community Access Fund. The “Swanson Fund” provides grant awards to local performing arts groups to support their performances at the PAC. In the 2018-19 season, eight community arts groups were awarded a total of $29,500.