Editor’s note: Candidates for a seat on the Templeton Community Services District (TCSD) were each asked the same set of questions in a timed interview. The questions cover the five main services under the TCSD umbrella (water, wastewater/sewer, solid waste, emergency services/Fire Department, Parks & Recreation), and included questions regarding Board policy and the current state of TCSD. 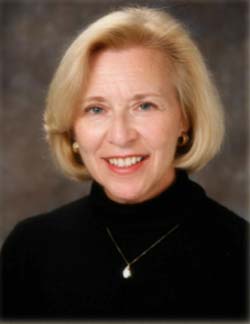 Gwen Pelfrey and her husband Bill have been residents of Templeton for the past 27 years. Pelfrey is a retired banking executive, serving as an Executive Vice President of Heritage Oaks Bank for 21 years followed by a position as Bank President/Chief Operating Officer and Bank Director for Coast National Bank until 2012.

“My career as a Bank Executive has given me an extensive experience in administering growth and business financials,” said Pelfrey. “And throughout my career, I have been involved in Land Use and Water issues.”

Templeton’s Fire Department (TFD) is under the TCSD umbrella of services. The Board of Directors oversees the Fire Department through both policy and budgetary considerations. As a department head, the Fire Chief answers directly to the General Manager. Funding for TFD comes from a small portion of local property taxes ($658,800 in the current budget), supplemented by occasional grants.

(a) What do you feel are the top 3 issues currently facing Templeton’s Fire Department, and if elected, how would you work to solve these issues?

(b) If the challenges can’t be overcome, would you support folding TFD into another fire service like CAL FIRE or perhaps a regional north county service? If yes, which of these options would you choose and why? If no, why not?

(c) What would be the pros and the cons for the town of Templeton if TFD was folded into another fire service?

(d) Would you support a “fire fee” / assessment on local property owners to raise funds to support Templeton’s Fire Department?

Historically, the Board of Directors has made many decisions through the lens of a policy that stated, “All new development will pay its own way.” This policy was regularly followed by previous boards since the founding of TCSD in 1976, and was implemented with the belief that current rate payers for water, wastewater, etc., should not have to pay for new resources or infrastructure needed for new development. But recently, some have questioned whether or not the policy should be changed.

(a) Do you support the current policy that states that new development will pay its own way, or do you believe current rate payers should foot part of the bill for additional resources and infrastructure needed to produce that development?

• I believe that new development should pay its own way.

• Current rate payers have already paid to bring services to the community when their properties were developed and should not be asked to pay again unless the development is upgrading their services.

The town of Templeton currently has a dual wastewater collection and treatment system. In general, flows from the east side of Hwy 101 are collected and sent to Paso Robles for treatment, and wastewater from the west side of the freeway is collected and treated at Templeton’s Meadowbrook Wastewater Treatment Plant. Currently, TCSD is laying the groundwork to collect and treat all wastewater produced by Templeton internally at Meadowbrook – when and if, the Board of Directors chooses to do so.

(a) What are the pros and cons of bringing wastewater flows currently sent to Paso Robles back to Templeton?

• If the wastewater flows are brought back to Templeton, the community would be able to reclaim approximately 250 acre feet of water recharge which could be used for Templeton’s future growth. It would also allow for Templeton to control its own wastewater costs.

(b) If elected, which option would you choose to support?

(d) If the flows are brought back to Templeton, who should pay for it and how should it be paid for?

• (b, c, d) Presently, the TCSD is working on plans for the wastewater collection and treatment system along with obtaining the necessary easements. It is premature to determine if and when it might be advisable for Templeton to bring back the Paso Robles wastewater flow. When to time comes to make that decision a portion of the cost could be paid for from the sale of the addition water capacity it will produce.

The town of Templeton is facing a number of water issues now and in the near future.

(a) What do you feel are the top 5 issues and how would you prioritize them (most urgent to least urgent)?

(b) If elected, how would you work to solve these issues?

• My goal would be to look at all the water supply options and ensure that Templeton’s interests are being taken into consideration when any county water decisions are made.

In 1999, the Board of Supervisors adopted a new solid waste franchise agreement that raised single can rates in Templeton as much as 70 percent over the previous rates. As a result, a number of residents petitioned TCSD to take over solid waste services, believing that Templeton could do a much better job than the County. Through agreements with Mid-State Solid Waste and Recycling, Templeton currently has some of the lowest solid waste rates in the county in conjunction with excellence in service, community participation, and leadership in innovation.

(a) Do you agree with this characterization of TCSD’s Solid Waste management thru Mid-State Solid Waste & Recycling? (yes or no)

• Mid-State Solid Waste & Recycling has been giving the community excellent service. In 2013, Mid-State actually lowered the residential monthly rates and in 2014 the residential and commercial customer rate only increased by about 3.45%.

(c) If elected, what changes to Solid Waste services or the franchise agreement would you like to see addressed?

• I would like to see the community continue to work with Mid-State Solid Waste & Recycling to encourage more recycling and composting.

The fifth department under the TCSD umbrella is Templeton Parks & Recreation which is primarily supported by a small fraction of local taxes ($237,900 in this year’s Rec Department budget) in addition to participation fees for youth sports and sports events, sponsorships for events and youth sports teams, and fees for parks and facilities rentals. In addition to youth sports and events like Summer Concerts in the Park, Templeton Rec also oversees Evers Sports Park, Templeton Skate Park, the Community Garden, Tom Jermin, Sr. Park (formally Bethel Park) and the Templeton Community Center. The budget must cover the Rec department employee’s salaries and benefits, the care and upkeep of the parks and facilities, and all programs (youth sports and events).

(a) What, in your opinion, are the greatest challenges facing Templeton Recreation today?

• The greatest challenges facing Templeton Recreation is having sufficient park space and financing all their desired programs.

(b) The current Board of Directors has asked staff to jettison any recreation program or event that doesn’t pay its own way – including staff time (salaries). As a result, two long-standing traditions in Templeton have been cut from the Recreation Department. Both the Templeton Easter Egg Hunt and the Halloween Party for Templeton’s youngest “trick-or-treaters” at the Fire Station have been done away with this year. Do you agree with this budgetary decision / perspective? Why or why not?

• When funding various recreational programs, I feel the Recreation Department should look for community sponsorships to help support the continuation of programs that are not self-funded.

(c) If elected, how would you work to help solve the challenges you believe are facing the Recreation Department?

STATE OF THE DISTRICT

The 2012-13 San Luis Obispo County Grand Jury published an in depth report in 2013 titled “Trouble in Templeton’s Community Services District” regarding the state of TCSD and a number of serious challenges then facing the district. The following year, the 2013-14 Grand Jury published a follow up report titled “Responding to Recommendations”, in part to see if TCSD had improved. “While progress has been made and the district has been characterized as now being on a positive, upward trajectory, there is still work to be done,” said Soaring Eagle Press Editor Nanette Fisher in an assessment of the District following the publication of the second Grand Jury report.

(a) Do you agree with this assessment? (yes or no)

(b) What challenges do you feel still need to be addressed?

• The Personnel Manual is still in the process of being updated.

(c) If elected, how would you work with both staff and your fellow Directors to tackle any challenges you feel still need to be attended to?

• The TCSD Board has been working on all the items addressed in the County Grand Jury Report. I would continue ensuring that the TCSD Board work in a cohesive and respectful manner when addressing the public and staff, as well as, adhering to the improvements that have already been implemented.

I believe the future will require Templeton to have greater involvement with the San Luis Obispo Board of Supervisors, the Planning Commission and County Staff as Templeton balances the needs of the community and utilizes the resources available to our community. I would like to be part of this process and help guide TCSD’s future.
I want to give back to my community and to preserve the nature and meaning of Historic Templeton. I hope you will support my candidacy with your vote.

ABOUT SOARING EAGLE PRESS
This 2014 Candidates Forum was brought to you by Soaring Eagle Press and its sponsors.

Templeton’s “Almost Daily” is published by Soaring Eagle Press and is made possible through a team of local sponsors. The publication serves the greater Templeton area throughout the school district boundaries and provides a central clearing house for community information and other items of interest. Its Mission Statement is “First and foremost to let readers know what’s coming up so they can remain informed and involved, secondly to highlight our youth’s achievements because they are both the focus and the future of our community, and finally, deal with the adult shenanigans when there is time and space.”
To subscribe, please visit http://soaringeaglepress.com.