On Jan. 15, the San Luis Obispo County Sheriff’s Office received information that child pornography was being downloaded and distributed from a computer at a residence located in the 22000 block of I Street in Santa Margarita. 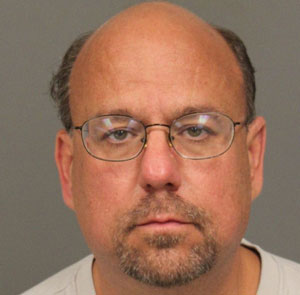 On one external hard drive alone, there were multiple images of pre-pubescent children engaged in sexual acts. At this time, there is no evidence the manufacturing of child pornography was being conducted at the residence. The images appear to have been downloaded from the internet and then distributed. The rest of the seized electronics will be forensically analyzed for child pornography.

Sheriff’s detectives are working with the Santa Maria Police Department and the superintendent of schools and at this point there is no indication these crimes were committed on school grounds. Smith was taken into custody without incident and was booked into San Luis Obispo County Jail. The investigation is on-going.