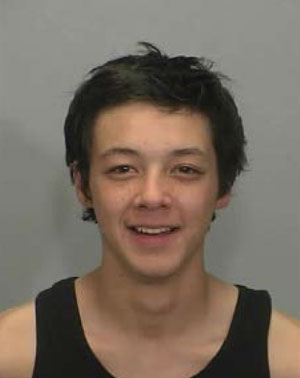 A 19-year-old was arrested in town Monday after a traffic stop by police revealed the teen was driving a stolen car and in possession of heroin, authorities say.

On Monday at about 1:25 p.m., Paso Robles Police Department officers conducted a traffic stop on a 1991 Honda Accord along the 1100 block of Black Oak Drive, Paso Robles. Officers determined the car was stolen out of Arizona. Additionally, the suspect matched the description of a suspect seen walking away from a stolen car recovered in Paso Robles a few days prior.

Arvik was booked into the San Luis Obispo County Jail, where he is being held in lieu of $20,000 bail, on the following charges:

Officers are continuing the investigation and attempting to potentially link recent thefts to Arvik. Anyone with information about this, or other crimes, is encouraged to call the Paso Robles Police Department at 805-237-6464. Or persons wishing to remain anonymous are encouraged to call Crime Stoppers’ 24-hour hotline at 549-STOP or by texting “SLOTIPS” plus your message” to CRIMES (274637).