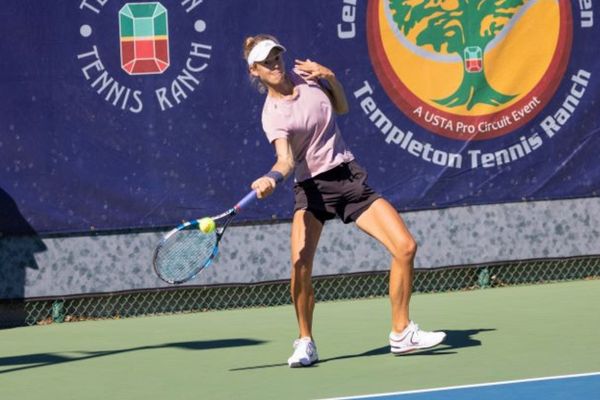 The USTA Women’s $60,000 Pro Circuit Tournament, part of the ITF World Tour, completed final-round qualifying and a bevy of first-round doubles matches on a busy and hot day in Templeton.

Scott, who owned a three-set win in her only previous meeting with the 24-year-old Dolehide of Hinsdale, Ill., benefitted from a poor service outing from Dolehide, who hit 16 double faults in the match that lasted just over three hours.

Scott, ranked No. 185 in the world, made her Grand Slam debut as a 16-year-old at the US Open after receiving a main draw wild card and reached the second round. Dolehide is currently ranked No. 28 in the world in doubles, but chose to focus on her singles this week and is not entered in the doubles draw.

On Wednesday, top-seeded Madison Brengle – fresh off her win at the Berkeley Tennis Club W60K last week – will open up against Arianne Hartono of the Netherlands in the second match on after the 10 a.m. start on Stadium Court, which will feature America’s No. 3-seeded Katie Volynets against Sophie Chang. The 32-year-old Brengle, a pro for 15 years, is up to No. 51 in the WTA World Tour rankings.