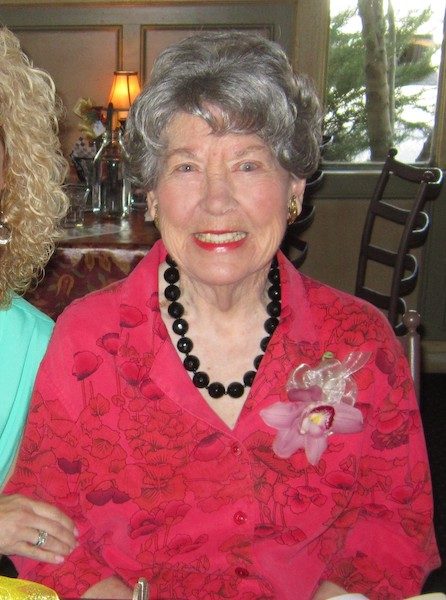 –Templeton Community Library Association recently received $865,000 for their Building Fund from the estate of Margaret Anderson Radunich, a longtime member and donor. This bequest brings the total of Radunich’s contributions to TCLA to over one million dollars.

“We are honored with her contribution to our work which moves us forward to a new level of dialog with SLO County,” stated Mick Pickett, TCLA President. It brings a new urgency to gather the remaining funding for building cost requirements, potential programs, and spaces to create a Library in Templeton.

Margaret Anderson Radunich was born and raised on a farm in Templeton, attended local schools, and graduated from Mills College. She earned her teaching credential from Stanford and taught school in Santa Rosa for many years. She married Nicholas Radunich in Santa Clara County where they owned a trucking company and warehoused IBM’s large, paper computer files.

Margaret’s true love was education, and, as a voracious reader, she had an affinity for libraries. Her father Elvin Anderson drove the local school bus, her mother was a teacher in Templeton, and Margaret returned often to the town to support TCLA. She attended the group’s Fashion Show Fundraisers and regularly donated funds for the future library. Once again, she demonstrated her love and support by this, her final generous legacy gift.