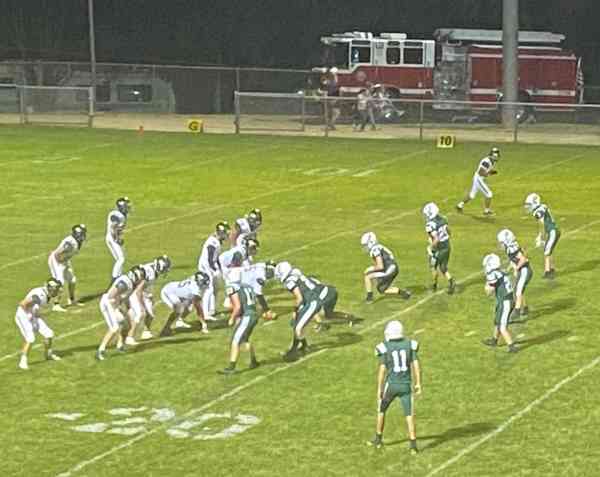 Eagles triumph before a big crowd in the home opener for the Eagles..

–The Eagles jumped out to a 22-7 lead in the first half. Senior Jack Wood took laterals from quarterback Noel Brady for big gains. Ultimately, Wood ran for 207 yards on eight carries. He had runs of 38 and 81 yards and scored two touchdowns.

In the second half, Junior Landen Miller took over at quarterback and kept the Eagles moving the ball and running down the clock.

Each team scored a final touchdown in the second half, to make the final score 29-14. On defense, Sr. Kadin Javadi made several outstanding plays to disrupt the Hawks offense. On offense, 6’2″, 195-pound running back Austin Marquart powered repeatedly through the Hawks defense, which complemented the speed and athletic ability of Jack Wood.

The Eagles improve to 1-1 for the season. They host Pioneer Valley of Santa Maria next Friday night. That’s the second of five consecutive home games before they hit the road with games in Atascadero, Morro Bay, and San Luis.
Coach Don Crow says, “This is a young team. We’re starting eight sophomores who are good athletes. We will improve dramatically as they get more experience.”