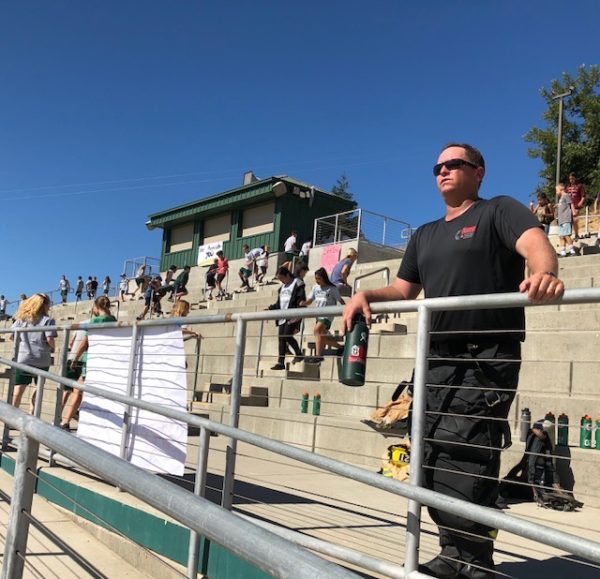 –The Templeton Fire Department hosted a Stair-Climbing Memorial Tuesday to show that the 412 responders who died on 9/11 will not be forgotten.

Captain Brandon Hall and the Templeton Fire Department hosted firefighters from Cal Fire, Cayucos and other agencies. Each man and women climbed in full gear the entire number of steps required to climb the stairs at Twin Towers. The intent was to show support for those who died during the terrorist attack on the Twin Towers, the Pentagon and a Pennsylvania field on Sept. 11, 2001.

Templeton High School students and PE teachers joined in the stair climbing exercise while the firefighters recovered and reflected on the supreme sacrifice made by their fellow first responders.