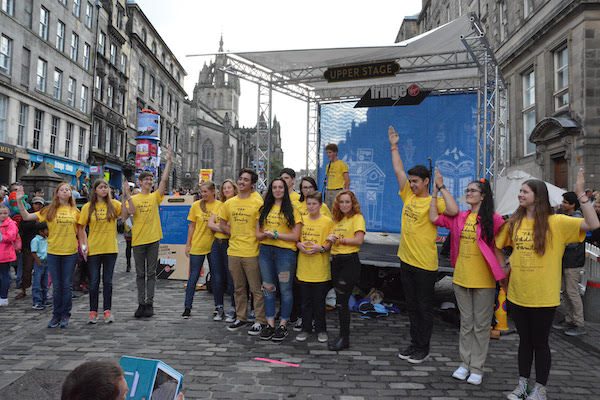 –After working on The Addams Family: A New Musical Comedy for 11 months, Templeton High School Drama students performed at the Edinburgh Festival Fringe-the largest and longest-running arts festival in the world on Aug. 3.

They departed on July 26 for London, where they toured Shakespeare’s Globe Theatre and had a workshop with a professional Shakespearean actor. The students got to watch the Globe Theatre production of A Midsummer Night’s Dream. They had a special backstage tour of the National Theatre, where they got so see how and where props, sets, and costumes are created and stored. They also watched the musical, Wicked, in the West End.

The cast and crew are currently in Edinburgh. So far, they participated in a musical improv workshop, performed The Addams Family (to a sold-out audience), watched a variety of other performances, and learned about the history and culture of Scotland. They have three remaining performances.

Templeton High School is among about 40 schools from across North America given this once-in-a-lifetime arts education opportunity. They will return on Aug. 9 and bring new levels of understanding and enthusiasm for theatre with them.